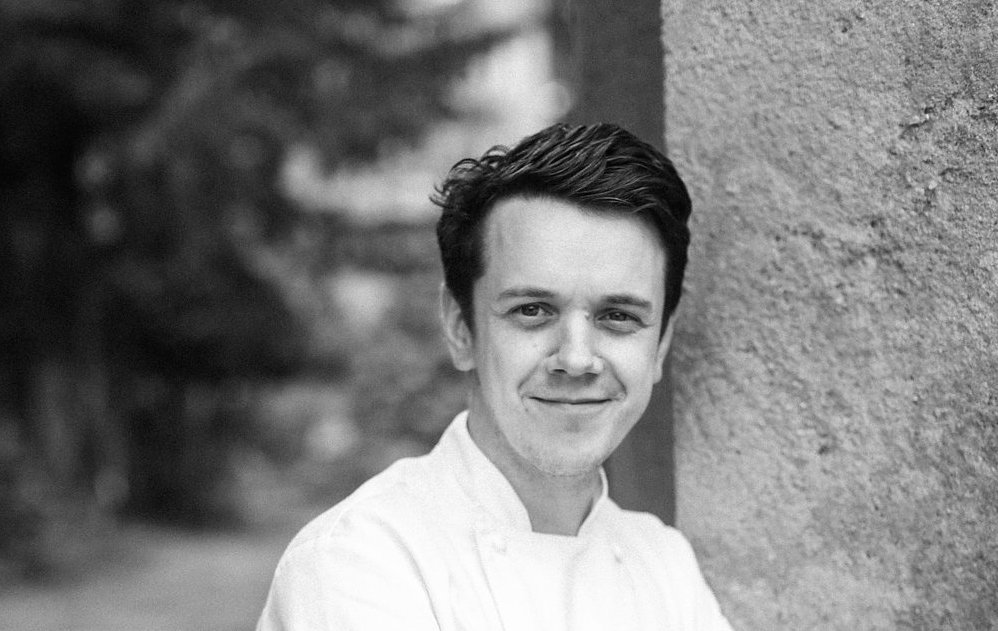 His dream was to reach for the stars … a Michelin star, that is. Now Richard Picard-Edwards has achieved that dream, he’s set himself a new challenge to revolutionalise an entire industry, as head chef at the heart-stoppingly beautiful, Lartington Hall 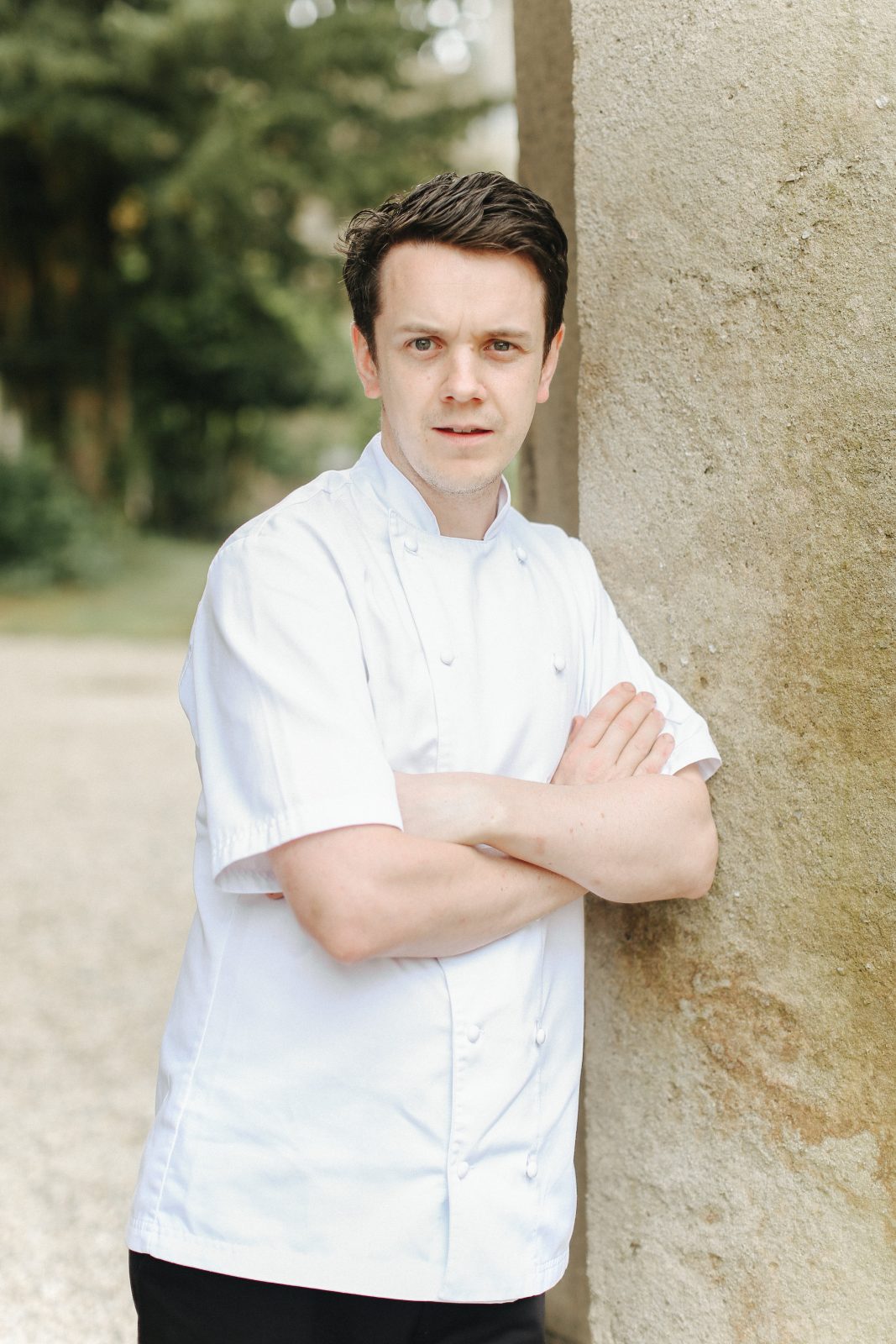 All Richard Picard-Edwards ever dreamt of was a Michelin star.

“I was driven, determined, it’s all I ever wanted. Never two, just one. If there was a formula to get two stars, I would have done it – but I’d have to work 20 hours a day for 10 years and I love seeing my family,” says Richard, who’s talking about his wife, Melissa,
and their 19-month-old son, Ethan.

So, he’s turned a new chapter in the book and stepped inside the fairy tale setting of Lartington Hall, focussing on fine dining for events, private parties and restaurant evenings. The venue, in the picturesque setting of Lartington, Teesdale, has quickly become one of the most sought after private hire destinations in the UK.
Set in idyllic parkland, it’s famed for exquisitely tasteful interiors, super pretty gardens, a private chapel, stylish grand ballroom and now, delicious food too.
Owners, Shona and John HarperWilkes, spent five years renovating Lartington, which opened its doors in 2013. 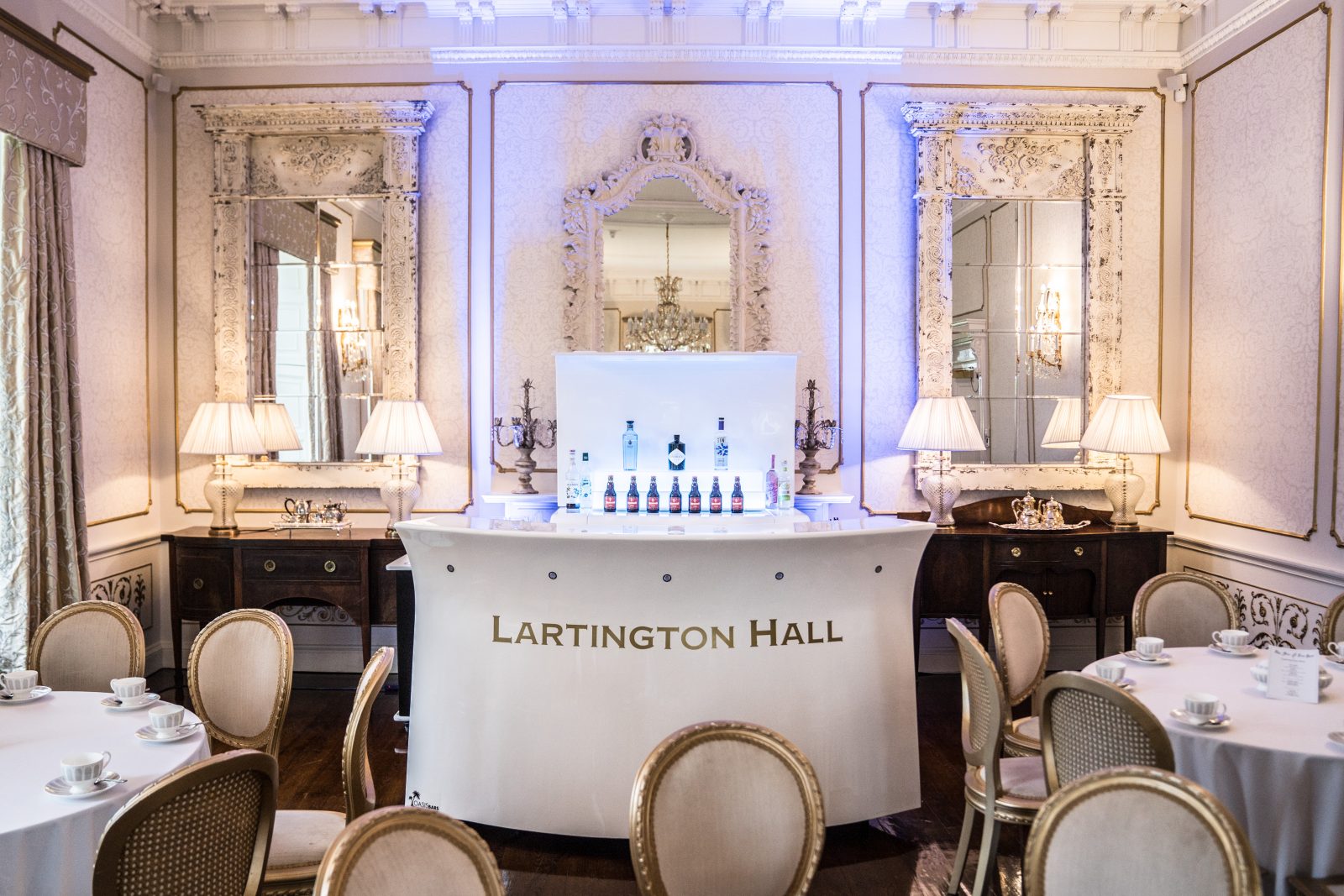 “We bought it with our hearts,” says Shona, who confesses: “sometimes I thought we were crazy. It had no floors, very few ceilings, but I’d stand outside and look at those views and I’d think, ‘we will make this work’.”

And that is exactly what the couple have done. With reclaimed Venetian marble flooring in the magnificent hallway; Mulberry wallpaper in the toilets, Nina Campbell wallpaper and furniture in the drawing room, combined with 18th-century dining chairs and hand-picked items from antique shops, it’s wonderfully romantic.

“I didn’t want the place to feel like a hotel. I wanted it to be relaxed, where people kick off their shoes and have a good time,” says Shona.

Richard admits he’s worked at some stunning, five-star hotels – including Lords of the Manor Hotel in The Cotswolds, for nearly four years, as executive chef.
“Lartington is done very tastefully, it’s stunning,” he adds. His main focus is delivering very special food both for intimate gatherings as well as larger events, but he does not let bigger numbers constrain his creativity.
“Food is in my heart, it’s my passion,” says Richard, who meticulously plans out his menus and executes each dish as if plating up in a fine dining restaurant. 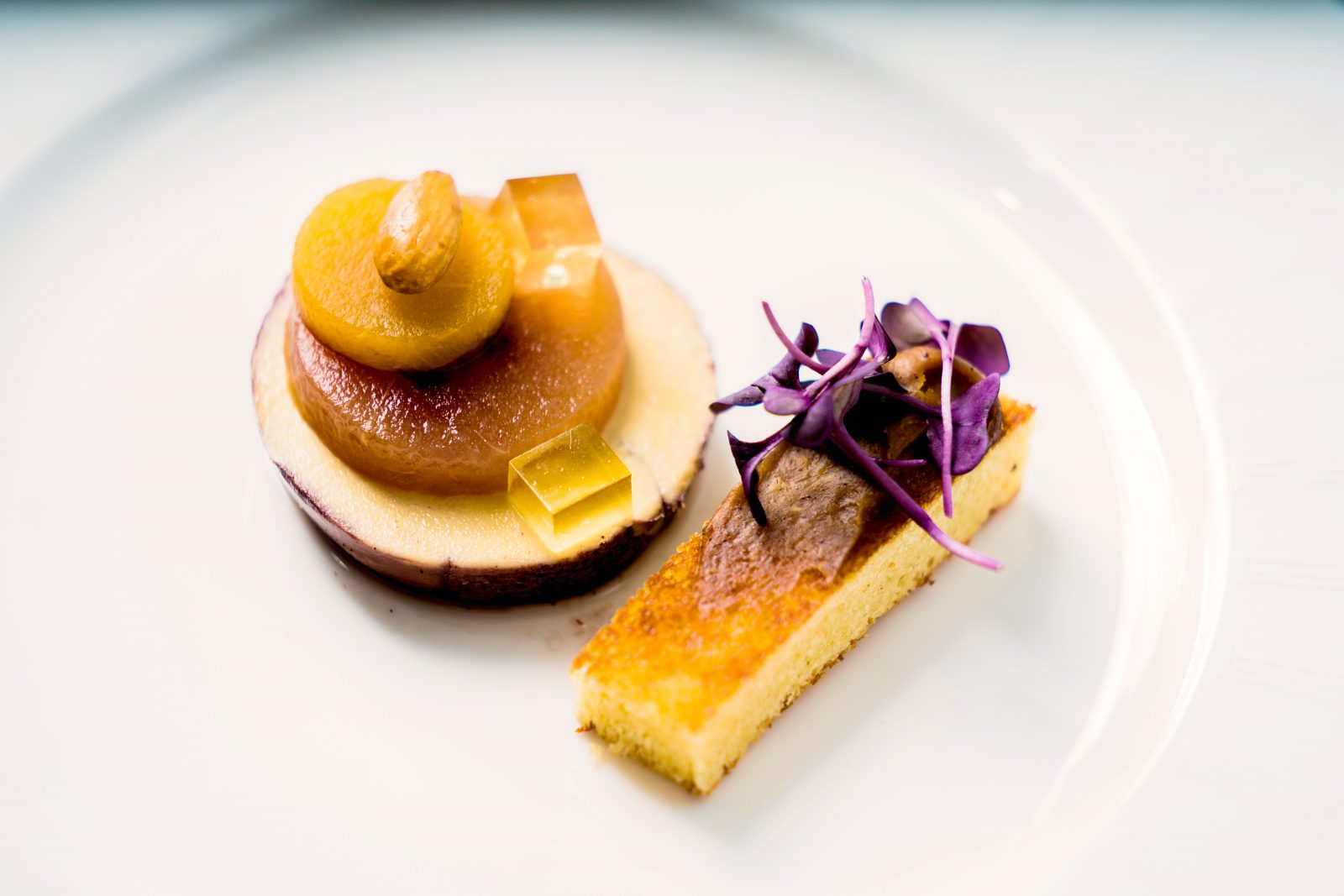 “Even if you’re catering for 100, each dish has to be perfect. My food is not about shocking people. I take my hat off to the likes of Sat Bains but that style is not me,” says Richard, who lived with Melissa in France for 11 months.
“My style is more English cooking with French roots. Melissa is from Bordeaux and her father has a Michelinstar restaurant in France. We spent time living there but I struggled with the language barrier,” says Richard, who absorbed cooking styles and techniques. He was also under the tutelage of Hywel Jones as his sous chef at Lucknam Park, in Chippenham, also in The Cotswolds. 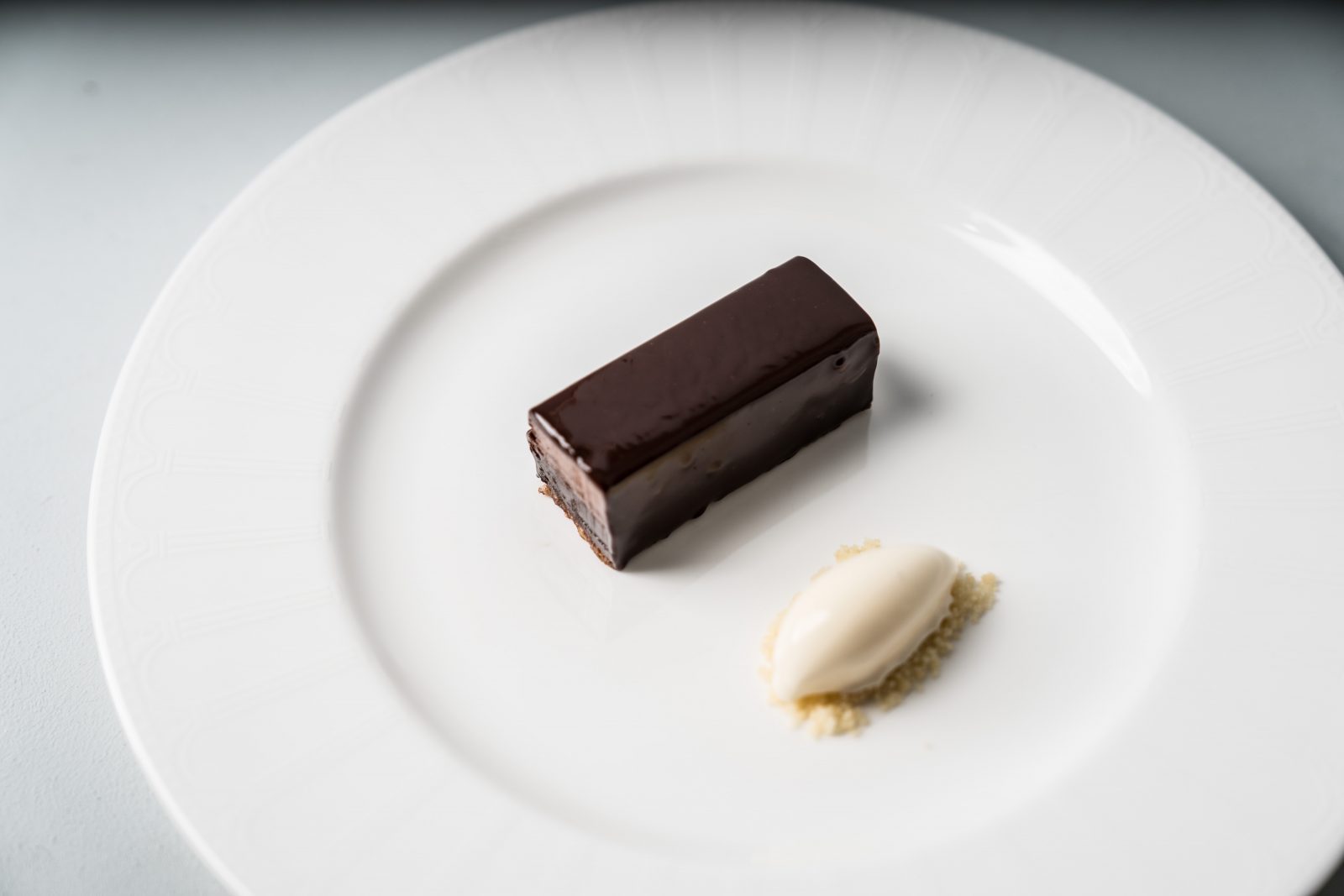 “Hywel had worked under Marco Pierre White. He taught me how to simplify and refine dishes.”
This is evident on his menus at Lartington Hall. There’s an unpretentious elegance about his food,which is beautifully presented but the focus is on flavour.
“Seasonality is key and I also think about what I would like to eat,” says Richard, who has a penchant for pizza, although you’ll not find that on his menu at Lartington Hall.

With Richard Picard-Edwards at the helm of the kitchen, Shona and John have now launched pop-up food evenings.
“We want to be known for utterly amazing food, whether it’s a special celebration, private party, wedding or restaurant night,” says Shona.
“With Richard here, his Michelin star background and the food he’s producing, we can now do that. We’re giving him free rein to help us shape the vision and future of Lartington.” 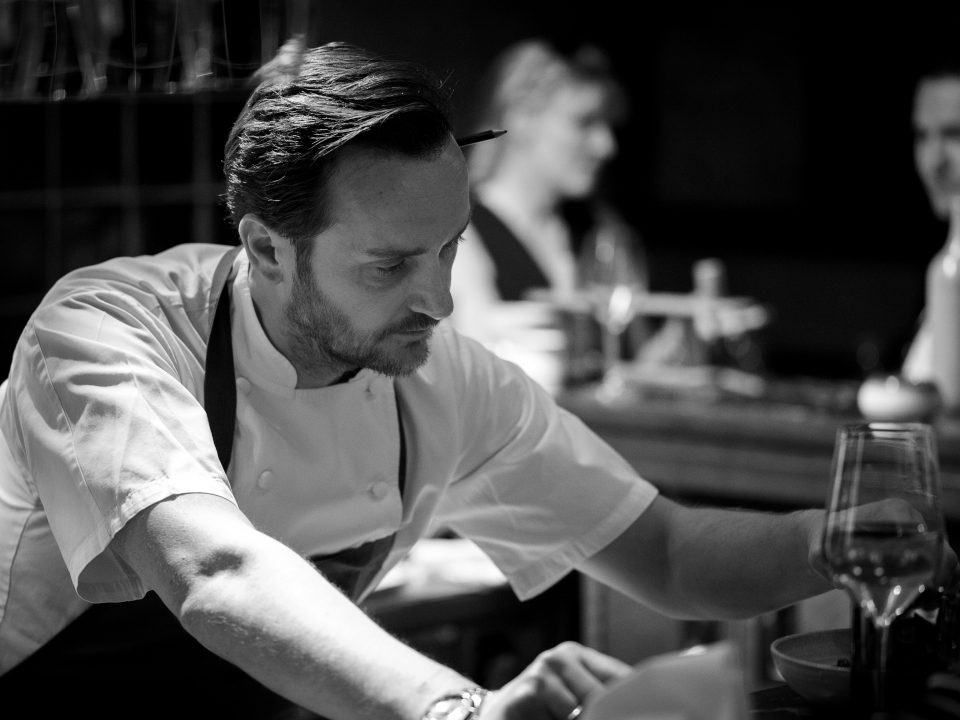 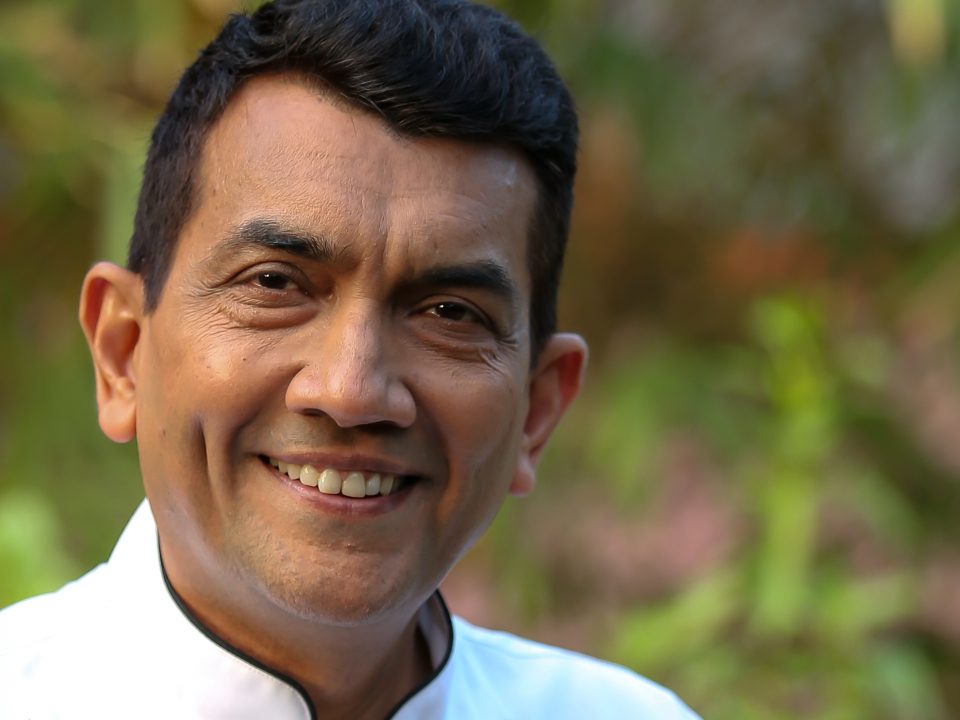