Back to Basics with Valentine Warner | Savour Magazine

Back to Basics with Valentine Warner 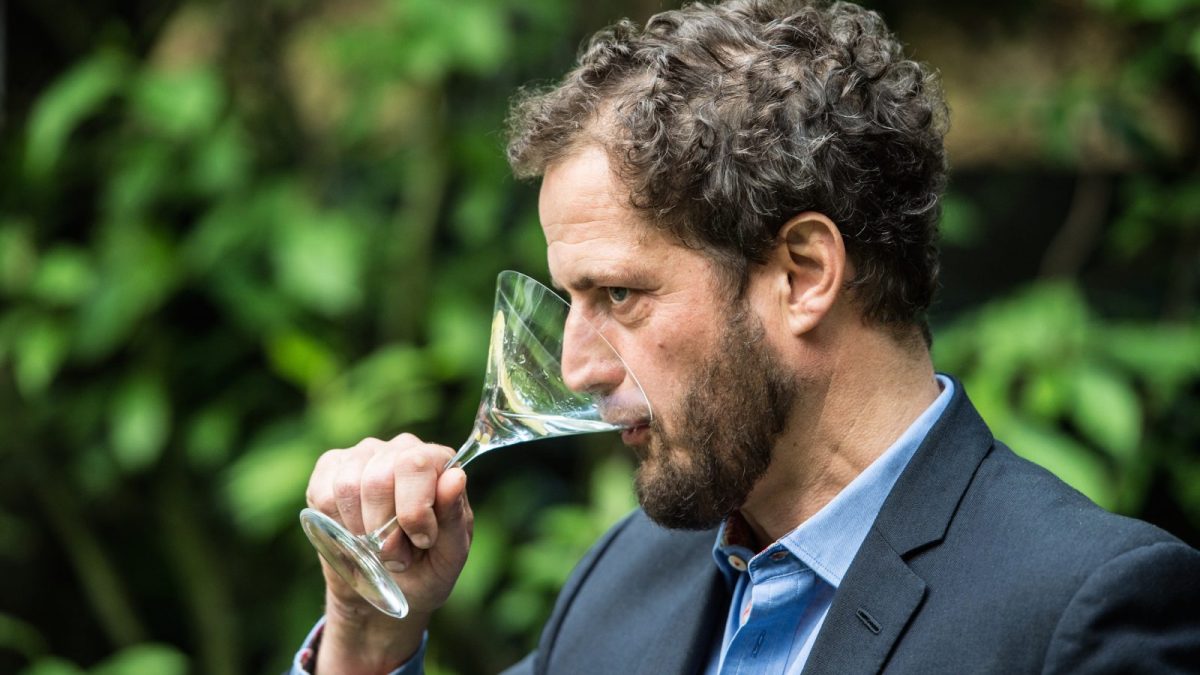 “I understand it but it is very far away from any idea of sustaining yourself and being joyful about food.

“While we have clean and abundant food we have lost that link with nature. All you need to do is go to France, Italy or Spain and people are still very aware of their environment and the place they live in. “

When I go abroad, I look forward to the markets there, because I know the chickens are going to have their heads on, I know that I might find a bathtub full of lampreys thrashing around. I know there is some kind of mad plant that I’ve never seen before which is bitter as hell and that the locals love to eat in salads.

“It’s foreign markets in France and Spain that have so much excitement in them because they seem more normal. The very fact that the chickens have their heads and feet on. I know that when I put my hands inside them all the giblets are going to be in there and that’s really how I like to cook. I’m a visceral cook, I’m a very instinctive cook and I will cook with whatever is around me.”

MAN ON A MISSION

The chef, who’s appeared on numerous food shows and written five cookbooks, is on a mission to inspire people to learn more about the heritage of food. “Cooking is a fundamental life skill. You might not enjoy it, you might not even be that interested in eating, but you have to know how to do it because there’s a responsibility in it. It helps your head, your wallet, and the environment if you know more about it.

“I think by having your hands in the soil, by having a fishing rod in your hand or going out with the fishermen, by making stuff, you then begin to understand.

“The more involved you are, the more you know about food, the more things you can cook and you know how to get the most out of your ingredients. It’s logical.”

Even from a young age, Valentine has been a purveyor of nature. He grew up in Dorset surrounded by a love of good food. “Both of my parents are brilliant cooks. I remember my father bringing home handfuls of meadowsweet and pocketfuls of mushrooms for dinner, or rose hip to make cough syrup.

“He spent time travelling with the Foreign Office, and had a huge interest in the natural world.

“We’d eat out in very simple places which my father loved; some old Greek widow cooking some wonderful wild herb and snail dish or something. It was never just about fancy restaurants. It was just as much about eating in a tavern on the side of a mountain than a nice restaurant in wherever, and being very inquisitive. I grew up understanding the world was either edible or inedible.”

Valentine’s pathway into cooking seemed a natural progression from his childhood experiences, but before entering the culinary world, he was an art student at Byam Shaw School of Art training in portrait paining.

“I quickly realised that I spent far more time thinking about food than finishing my commissions and pretty much overnight, I picked up the spoon and put down the brush. I just made the decision one day when I was sitting in a cafe that I wanted to cook and that was it really.” 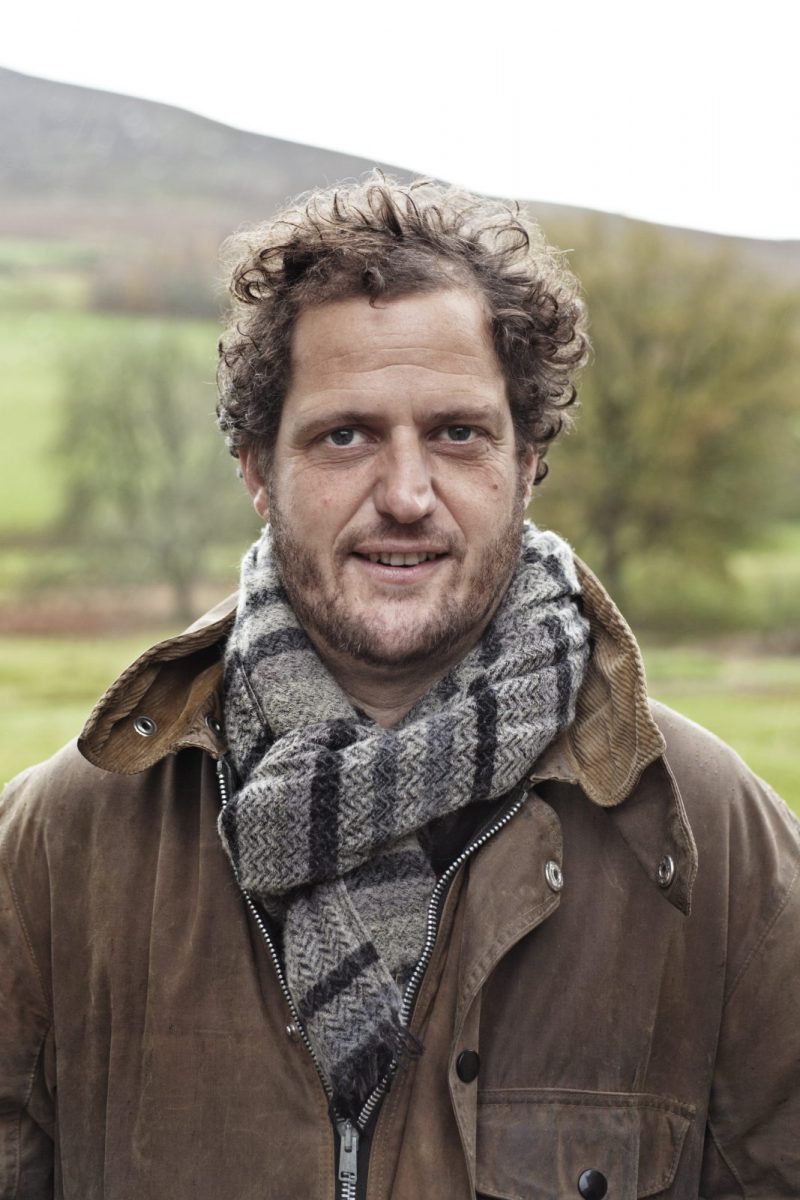 His first job was at the former, four-star Halycon Hotel in London, before going on to work for British, celebrity chef Alastair Little.

“I think he was without doubt one of the most important chefs in the UK,” says Valentine. “He really put provincial farmhouse food from Italy and France – and all over the place – on the table.

“His kitchen was very small, there was no kind of brigade, everybody had to learn everything. It was more about cooking than cheffing in a funny kind of way. Of course there was a lot of technique and stuff, but it was very much based around the cookbooks rather than chefiness.

“It was really like international grandmother food, if you know what I mean. London hadn’t seen that before.”

Throughout his illustrious career, Valentine has also worked alongside Nathan Outlaw, Fergus Henderson and Mark Hix.

“I like cooks rather than chefs as such. I’m more of a cook. I don’t like fiddling. I like good food with a sense of history and that strongly leans on the markets, standing at the hedgerows and seeing what’s around.”

It’s this ethos that’s also reflected in his latest project: as co-owner of the Moorland Spirit Company, which produces
Hepple Gin.

ON THE HILLS OF HEPPLE

“Here I am in Northumberland looking around and my heart is happy.

“We had a very strong idea ourselves of the gin that Nick [Strangeway, esteemed bartender and co-founder] and I wanted to drink,” explains Valentine.

“We wanted to be about the place we were in. We wanted to make a cold climate gin of extreme clarity. We didn’t want to  superimpose spices from the four corners of the earth on to the Northumbrian hillside. We had a lot here to work with,” adds Valentine, who set up the business with Nick and childhood friend Walter Riddell, who just happened to own the estate in Hepple.

When thinking about the botanicals and distilling methods they would use, Valentine had an idea to use the main component, juniper, a little differently. “All gins use mature juniper, but I had the notion that we should use the unripe juniper as well,” he says. “If you’re arguing that you’ve got the adult flavours into the bottle, why aren’t the young flavours in there too? So we wanted to give a gin which was the whole life of gin rather than just one end of it, the mature end.”

The unique flavour profile of Hepple Gin won it a double gold award at the San Francisco Spirit Awards in 2017, and the Hepple Gin team have been working on developing food pairings with the gin.

“Hepple goes very well with things because it has a delicacy to it and it’s incredibly clean. One of the biggest surprises we made was mixing shoyu (Japanese soy sauce) and a little bit of Hepple Gin and putting it with some very fresh plaice, sliced raw in the sashimi style. It was wonderful,” says Valentine.

“It’s fantastic with raspberries, and with curries, and with celery and crab. It’s very versatile because of its delicacy and its cleanliness. So, we’ve had a lot of fun cooking with it.

“We’ve also had the Hepple Gin with barbecued lamb. It’s great as an accompaniment as much as it is actually in food.”

While Valentine and the Hepple team are working on two new product launches in the near future, he’s also considering picking up the paintbrush again.

“I’m doing a lot more illustration than I used to. I think I’ll probably end up painting again. I just love doing stuff. It’s my intention to find myself in a boiler suit covered in paint and a floor full of pencil sharpenings and scissor cuttings.”

Read more about how Hepple Gin came to be or click here to try this recipe for the perfect martini with Hepple Gin. 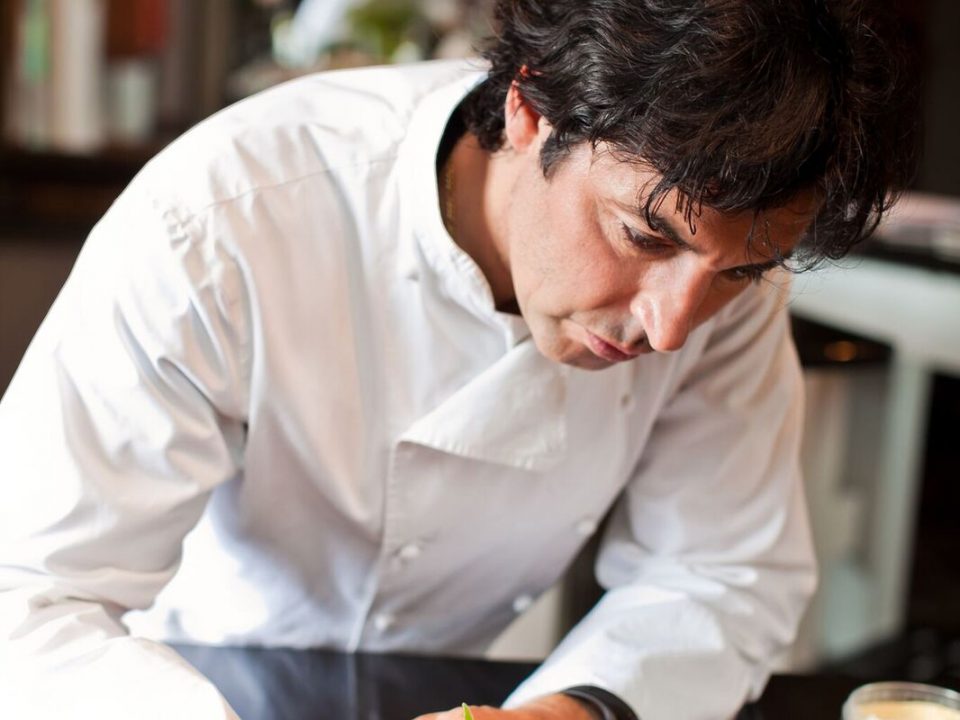 Jean-Christophe Novelli Is Heading To Sunderland Food and Drink Festival 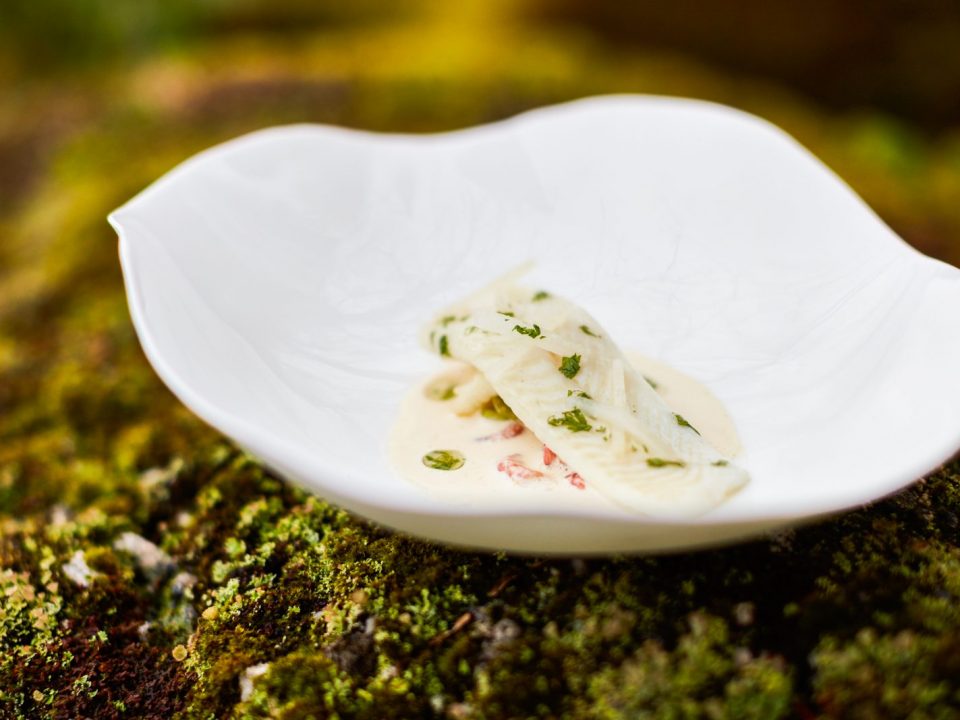 The Foraging Expert Who Gives Advice To Top Chefs 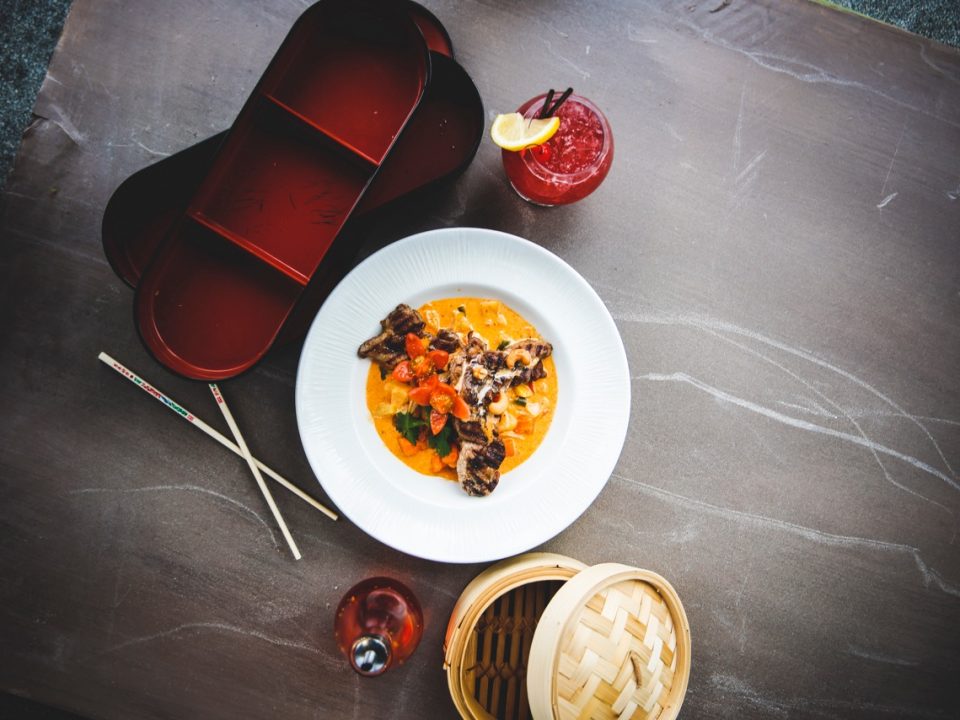