Brew Stories - For The Love Of Beer | Savour Magazine

Brew Stories – For The Love Of Beer

“How Can I Make a Brussels Sprouts Dish that People Want to Eat?”

Q&A with Adam Hill of Creativehill 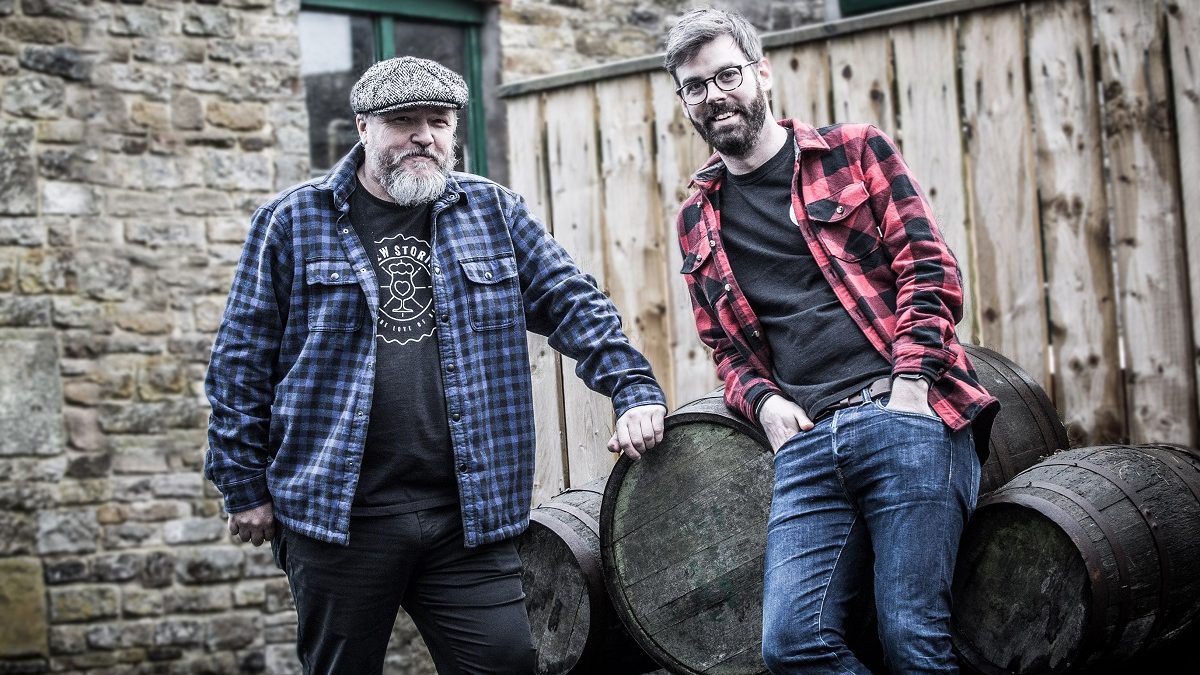 They’ve been described as the Hairy Bikers of the beer industry. Rosie Jenkinson chats to the men behind Brew Stories – a vlog which celebrates the North East’s craft beer scene.

Des Kennedy, Dean Marriner and Rich Rogerson have been described as the Hairy Bikers of the beer industry. Their vlog, Brew Stories, launched in 2016 and on it they celebrate the people behind the North East’s craft breweries – as well as artisan producers in their new series, Beer and Bites.

The trio, who work together at Infinite Design, a design consultancy firm in Newcastle, set up the vlog due to their love of having a good pint.

“At Infinite Design we were doing more and more digital content involving video and sound recording,” says Des. “We had bought and invested in a lot of gear and we wanted to know how to use it, and one way of doing it was to get out there and do something.

“So we came up with the idea of doing a beer review on a YouTube channel. The first episodes are still up on there and they are atrocious. It was sort of Dean and Rich just sitting in the office and talking to the camera.”

Thinking that it looked ‘boring’, the chaps decided to get out and meet people. “You can drink beer all you like,” says Rich. “But it’s about how people make it and the passion they have – and that’s what we found very interesting. We wanted to meet the people and to find out about their story.”

As soon as they did, their video views increased. “People were more involved in the story, with the places we were going and the people we were chatting to rather than just the beer,” says Dean.

Rich adds: “It’s fascinating. People might think that a brewery is massive because it has a really great brand and a really strong beer but if you visit it, sometimes you’ll find it’s just one guy in a room with a stick and a barrel – and he’s making some amazing beer. You think to yourself, ‘how is this possible?’.” 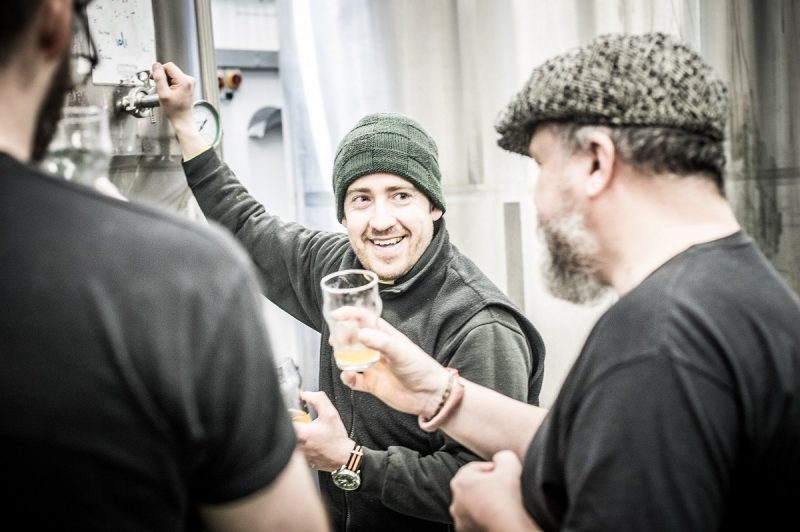 The strap line they use for the vlog is: meeting the people behind the brand.

“We did an episode with Brew Lab recently and that was really interesting because they actually train people how to make beer,” says Dean. “People come from all over the world to the North East to learn how to brew. There has been people who have come from India and Canada.”

“The interesting thing about Brew Lab is the lab side. They can actually analyse the beer, so if something went wrong with it, they can tell what went wrong and how to improve and fix it,” adds Rich.

In their new mini-series, Beer and Bites – which aims to pair beers with artisan food such as pease pudding from Pete’s Puddin’, piccalilli from Calder’s Kitchen and unusual condiments from The Sweet Beet.

“We wanted to show people really good beer and which foods it pairs well with – to connect the food and the beer,” says Des. 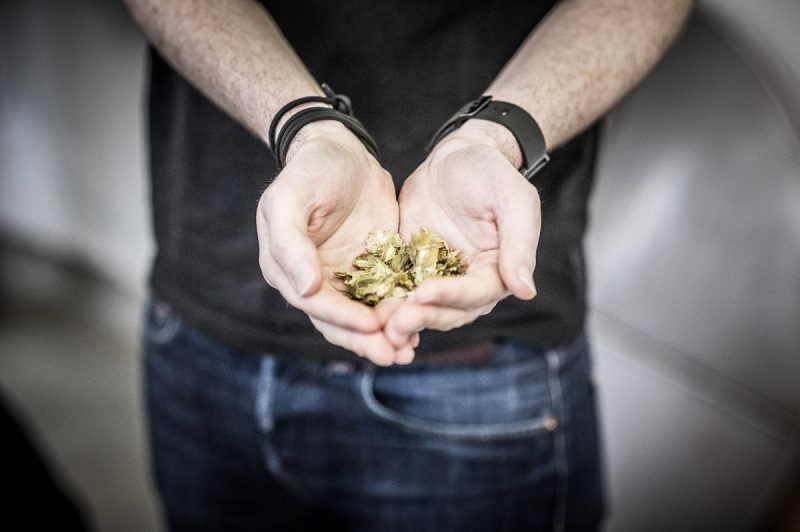 But what does , in the trio’s opinion, make a really good beer? “The story behind it,” they unanimously agree.

“There are a lot of good beers out there,” says Des. “But when you know and have met the people and you’ve tasted their beer, it just makes it taste so much better. It elevates it from just being a product to something of real worth.

“The guys at Anarchy Brew Co have just spent a lot of time and money expanding their business in Newcastle. Drinkers won’t know that they’ve sold their house to build the brewery and put everything on the line. When you meet the guys, and you know they’re the ones putting the graft in and coming up with the ideas, and they pour you one – it just adds to the whole beer drinking experience,” says Des.

“Some people might think that buying craft beer is expensive, but when you see what goes behind it and what goes into it, it’s not expensive at all. It’s a vibrant scene here in the North East. There are so many stories to tell,” adds Dean.

Although the three are clearly passionate about what they do, they are quick to admit that they’re not beer experts themselves – although they know a lot more than most. “We just wanted to learn,” says Dean. “And as we were learning we just wanted to tell people about it.”

“I think it’s a case of wallowing in our own lack of expertise,” laughs Des. “We never try to profess to be experts, I don’t think we’ll ever be that. Someone once described us as the Hairy Bikers of beer and that’s kind of what it is. It’s all for the love of beer and for a good drink.”

See all the videos online at brew-stories.com 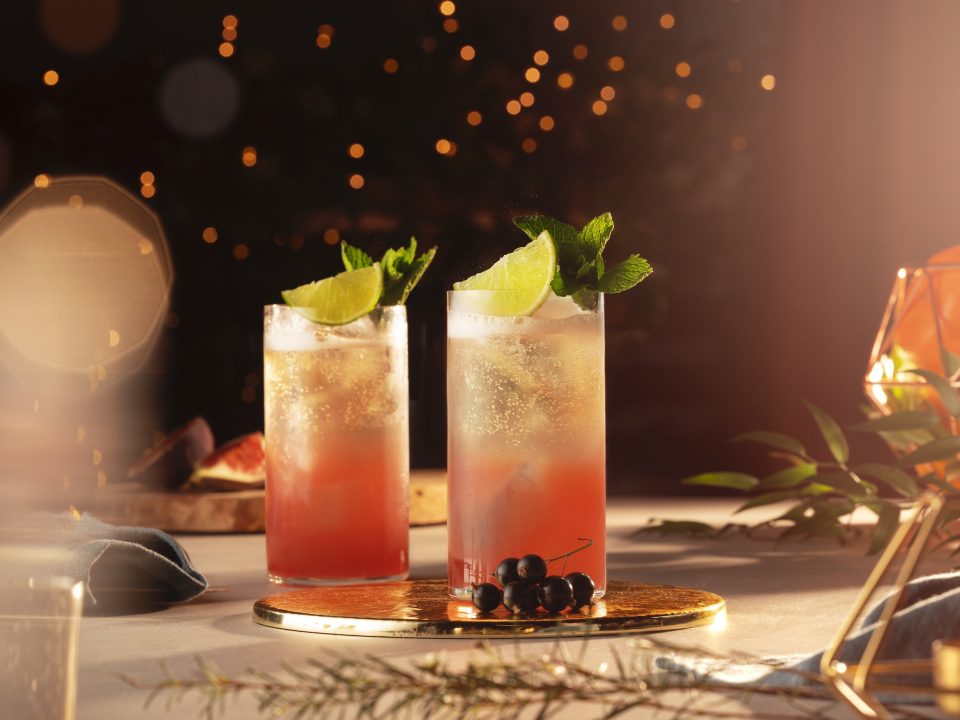 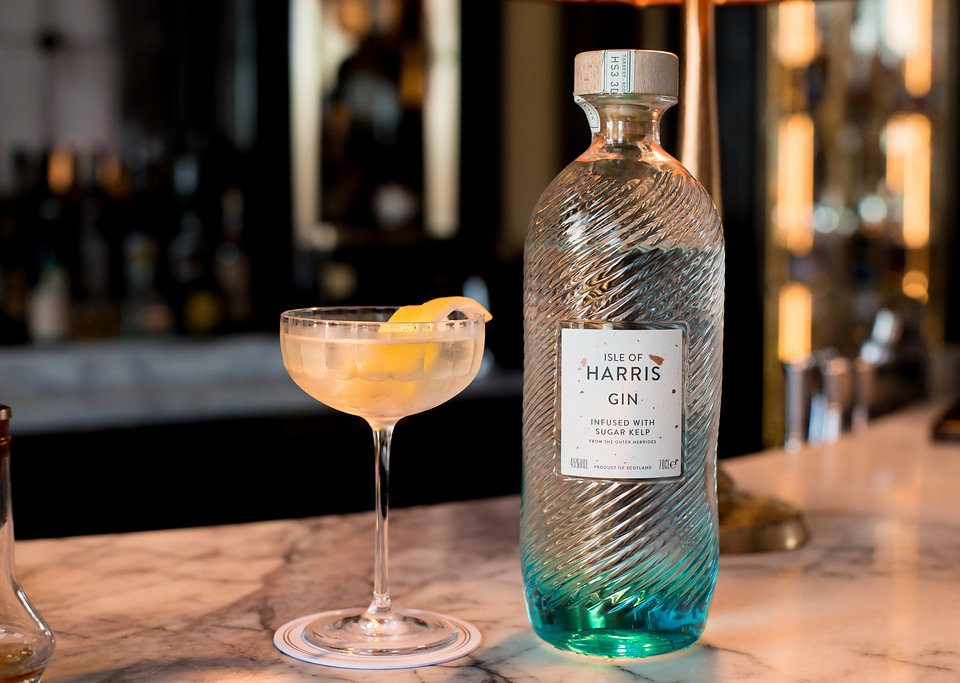 12 Gins of Christmas: Isle of Harris 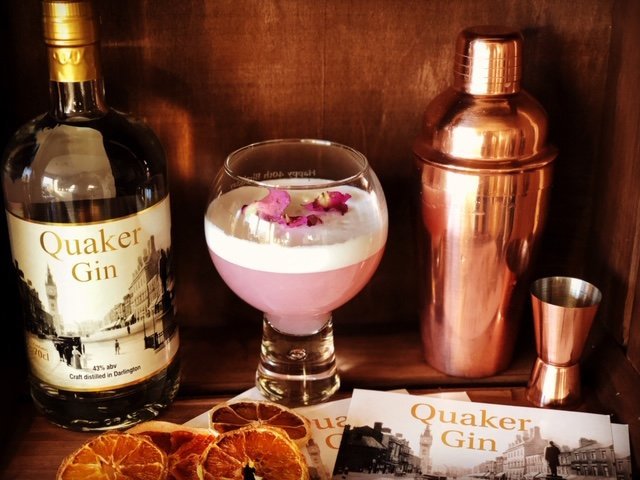