She followed her heart to create the quirky boutique hotel and restaurant Brockley Hall in Saltburn, with decor influences from Moulin Rouge, Raffles and the Orient Express. Savour chats to Heather Garcia and her head chef Scott Miller.

“It was always going to be a care home,” says owner Heather. “I’d bought it, it was a mess, and the plan was to transform it into a care home,” adds the entrepreneur who wanted to expand her existing business, looking after patients.

However, a burning desire to become a hotelier saw Heather spend £2million on the venue, transforming it into a four-star boutique hotel with a fine dining restaurant which now has 2 AA Rosettes.

“People thought I was mad, but I stuck with my dream and here we are today,” says Heather, who’s filled the place with curiosities from her travels. A giant statue of a bear greets guests when they arrive, hats adorn the walls and her grandfather’s swords are proudly placed upon the wall in the dining room

The real jewel in the eclectic crown comes in the form of head chef, Scott Miller, who’s been with Heather since she opened the doors two years ago.

“When I was growing up and as a chef, I always wanted to work in a restaurant in Saltburn and bring some awards here. We got two rosettes in the first year which is massive.

“I’ve never been accredited with them before, so it’s a really big deal to me. I knew we were at a good level but when they told us we were getting two rosettes I nearly cried, I was welling up. I just thought ‘wow’.”

Scott describes his cooking style as “Modern British” and says he tries to do something a little different for Saltburn.

Although Brockley Hall serves up an a la carte menu and afternoon tea, it’s the seven course Fine Dining menu that Scott really likes to get his teeth into. “We use some molecular gastronomy, a lot of different techniques and we just try and make things interesting.

“We make it a journey from start to finish, so there are some surprises throughout the seven courses,” says Scott, who’s worked at some of the region’s top restaurants.

“It’s a little like a tasting menu, except guests can choose their starter, main and dessert. I think that’s unique. It gives people choice and that’s important, as our style of dining is very new to Saltburn.”

“The most popular dish is the lamb with wild garlic,” says Scott. “We also make a lamb belly samosa and harissa paste, which we put inside.

“When you think of harissa you usually think of something really hot and spicy. We took most of the chilli out of it so it’s more of a flavoursome puree instead of a hot, spicy, burn-your-mouth-off taste.

“We use wild garlic from the Valley Gardens and we try to use it in different elements – a puree, or pickled leaves,” says Scott, who wanted to go into the police force before becoming a chef.

Scott believes he should never stay still. “You can’t stop learning, you need to keep pushing yourself to evolve and move with the times.” He says his sous chef, Mikey Cook, is a huge inspiration. “Mikey was my head chef when I started off 15 years ago. He’s taught me to be more passionate about food, flavours and seasons. Meeting Mikey in my first chef role was a good start for me. And it’s proven, he’s now my sous chef.”

Now the venue has two AA Rosettes, the team plan to push further. “With any luck, hopefully, we can get a third rosette. The sky is the limit, let’s see how far we can go,” added Scott.

The a la carte menu is served Wednesday to Sunday from 6.30pm-9.30pm.
Afternoon tea is served from 1-5pm Monday to Saturday, Sunday lunch from 3-5pm.
For more information, or to book, visit brockleyhallhotel.com 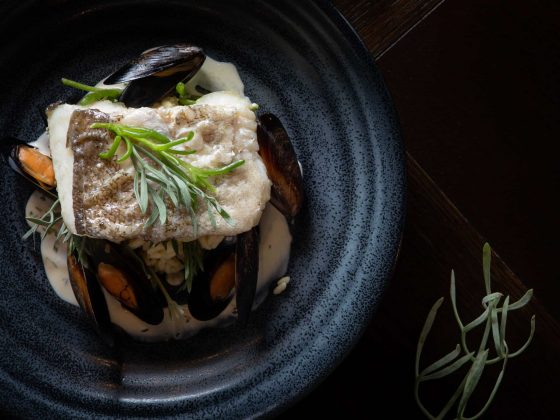 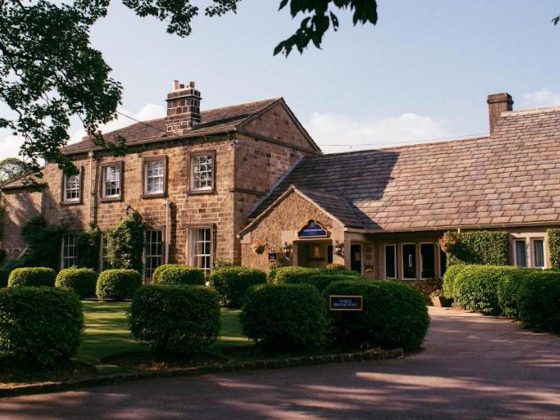