They had me at the canapés. Mushroom and Stilton macaroons delicately positioned next to a silver pot filled with sole goujons, wasabi mayonnaise and a delectable piece of saffron crisp with tarragon mayonnaise. It was the perfect palate-pleasing precursor to the food that Richard Allen and his team created for us.

The macaroons were not only a satisfying savoury twist on the classic French dessert, but set the benchmark on the attention to detail that you’ll find in each of Richard’s dishes.

My dinner partner, Miss E, and I had checked into Rockliffe Hall, in Hurworth Place, Darlington, for its Midweek Gourmet Getaway.

Perfect for the discerning foodie – and the lover of a lazy day spent by a pool – this package brings together the two jewels in Rockliffe Hall’s crown: the flagship Orangery restaurant and award-winning spa.

The latter is perfect for a day of pure indulgence. In the new Spa Garden, you can work up an appetite; well, kind of, if you call drinking Prosecco working up an appetite, while taking a dip in the infinity pool or relaxing on the heated loungers.

No visit to Rockliffe Hall would be complete without dining in the 3 AA Rosette Orangery restaurant. It’s where Kenny Atkinson led the brigade for three years as food director, making it famous as a fine dining destination.

Kenny, who now owns House of Tides on Newcastle’s Quayside, is one of two chefs who currently have Michelin-star status in the region. The second is James Close, who owns The Raby Hunt, in Summerhouses, near Darlington.
However, Richard Allen is no stranger to stars either. He achieved his first, and only, while overseeing the food operation at Tassili restaurant in the five-star Grand Jersey Hotel. He’s also worked with celebrity chefs Michel Roux Junior, Cheong Lieu and Martin Blunos.

More to the point, he’s got real fire in his belly and passion in his eyes, and he’ll openly admit that he’s slightly OCD when it comes to producing top-quality dishes. His ethos is that food must look good, taste good and must be good for you – and his protein-led menus reflect this.

“It’s about how food feels in your mouth, the texture and the taste. If you buy a pizza, you’ll eat three slices and the rest goes to waste. I create small portions where the taste will wow you,” said Richard.

Although the Gourmet Getaway includes a six-course meal in the Orangery, we upgraded to the 11-course Surprise Tasting menu.

You can expect a journey of the senses, magical flavour combinations and textures – and to be grazing for about 3.5 hours. This is not just about the food, but the whole experience.

An amuse-bouche came in the form of red Thai Asian shrimp risotto. It was light and fluffy, and wonderfully tasty.

Duck liver parfait with Speck ham, chocolate, chamomile and pine nuts is up next. “Chocolate and duck liver are the perfect partners,” said Richard, who’s meticulous about quality. “I don’t believe in supporting local produce just for the sake of it. I believe the quality of ingredients is paramount.”

The chocolate in this dish is 100 per cent cacao, which adds richness and brings out the savouriness in the dish.

Variations of Beetroot is Richard’s signature dish – and in it you’ll find 12 types. From beetroot meringue, seedlings, powder and beetroot coleslaw, it is driven by taste – and a goat’s curd and goat’s cheese fritter accompany it beautifully.

Scallops with crab, sea lettuce and clementine are covered in a bisque, which is deliciously creamy but not too heavy.

The beef, we are told by our waitress, is “incredible” – and the fillet from Cumbria did not disappoint. Complemented by braised cheek, miso jelly, spelt (a grain which is a nutritious rival to wheat and is regarded as a superfood due to its health benefits) and mushroom, it’s the heartiest dish on the menu and is rich and intense.

Next up? Three desserts. The first is Richard’s take on a cheese dish he learned from Albert Roux. It comes in the form of a Tunworth and truffle sandwich with Waldorf salad, truffle honey and celery cracker. The Camembert-style cheese has a sweet, nutty flavour that works wonderfully with the honey and grape in the salad.
A rhubarb jelly with poached rhubarb, crumble and yoghurt is a modern take on this classic dish. It’s fresh, but lacks in crumble with only a sprinkling on top.

The grand finale is a strawberry cheesecake with balsamic vinegar and mint. It’s like no other cheesecake I’ve seen before. In fact, it has no resemblance to a cheesecake whatsoever. It comes with cream, sorbet and a mint jelly with sprinkles of crumble – and it’s utterly delicious.

The arrival of autumn not only changes the colour of nature and our surroundings, it also alters our wine choices.

The wine displays a vibrant colour, reminiscent of autumn leaves still on the trees. It has a beautiful nose, an intense and rather masculine wine. On the palate, you are wrapped up in creamy layers of stone fruit, honeysuckle and a pleasant oakiness that follows on into a long-lasting, moreish aftertaste.

If you like a wine that takes you from autumn to the early winter there is a fantastic Napa Valley wine that eases the journey towards the colder, grey days.

Cakebread Pinot Noir, Two Creeks Anderson Valley 2014. It is fresh with aromas of black cherry, raspberry, oak and even a hint of rose petals. On the palate you are greeted with a rich and vibrant plum fruit, wild berry and subtle spice.

When the winter has arrived and there is perhaps a sprinkling of snow around, the food gets heartier, and so does the wine.

Why not try a 2013 Assemblage from Paumanok Vineyards in Long Island? A truly fantastic blend of Cabernet Sauvignon (46%) Merlot (36%) and Petit Verdot (18%). It starts with a complex nose that has oak in the foreground and plum riding behind it. On the palate you find a touch of herbs, cassis and at the back you are treated to vanilla. The aftertaste lingers pleasantly for a long time and gives you spice, blackberry and a soft, velvet chocolate trace. Bold, rich and beautiful.

Rockliffe Hall’s Orangery Gourmet Spa Day is from £115 per person. It includes:

• Six-course menu in the Orangery from 7pm 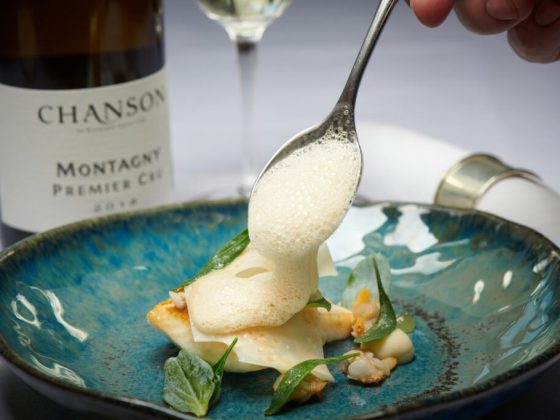 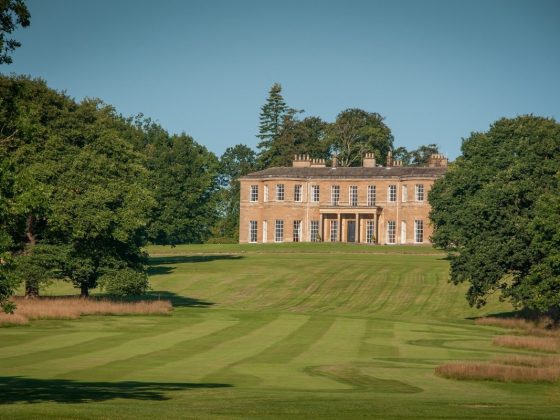 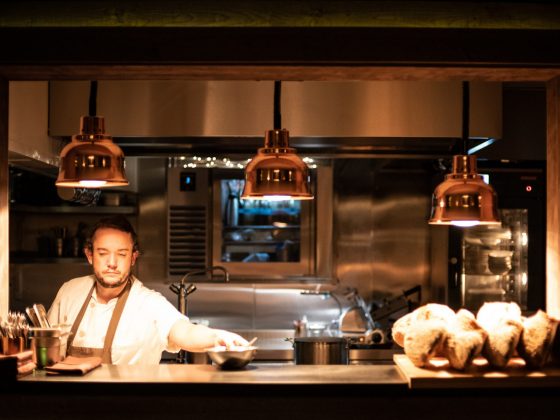 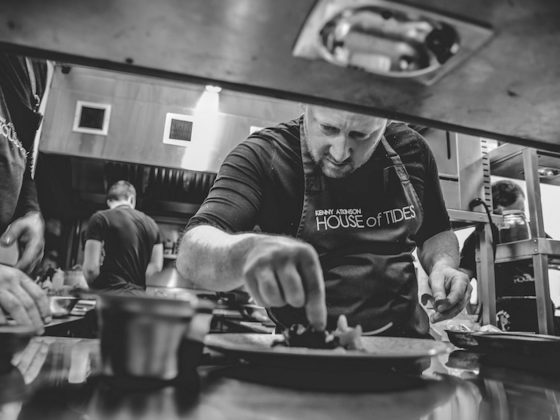 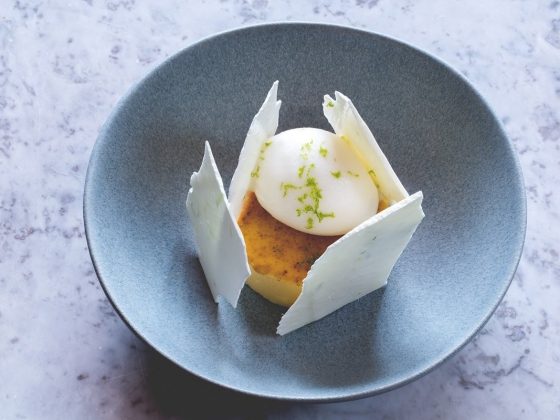 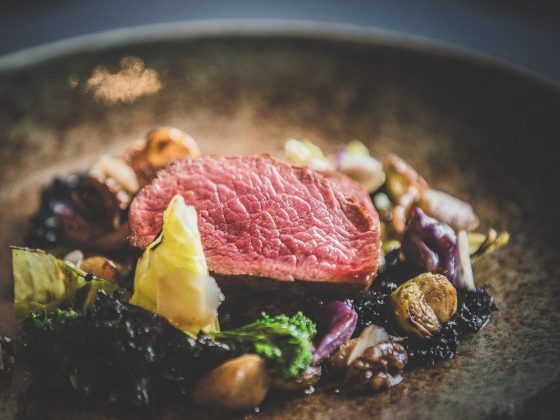 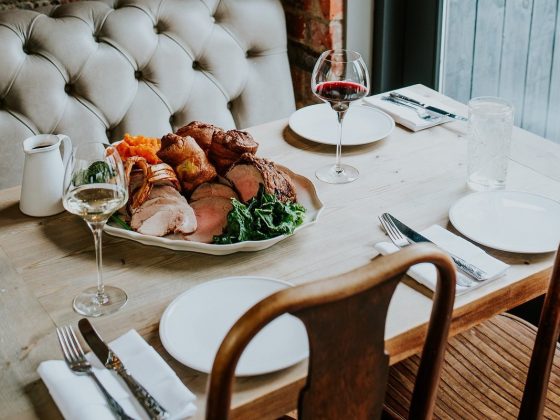 Three of the Best Sunday Lunches in the North East