With so much choice in the capital when it comes to eating and drinking, it’s hard to know where to go. We make it easy for you with a ‘must try’ list of places to eat in London featuring three Michelin-star eats to chicken wings. Our selection below has something for all tastes … and budgets.

MEAT FEAST
Rotunda. With its outdoor terrace sitting alongside Regent’s Canal, this is a hidden gem with beautiful views situated in the heart of King’s Cross, London. Its modern British menu features mouth-watering meat cuts from its farm in Maften, Northumberland, and fresh fish caught that very day. Since it opened in 2008, it has served beef and lamb exclusively from the farm. The meat is hung at Rotunda in a specially-built hanging room and butcher, Claus, works to ensure the best-quality meat and most interesting cuts are available for the chef to put on the menu. rotundabarandrestaurant.co.uk

FOR THE FAMILY
Fiume. Francesco Mazzei has launched Fiume, a modern Italian restaurant at Circus West Village in the eagerly anticipated Battersea Power Station development. The restaurant will pay homage to the Mezzogiorno, the Southern area of ‘the boot’ of Italy, that holds a special place in the heart of Calabrian native, Francesco. Expect hearty recipes made with fresh, vibrant ingredients from the Mediterranean. At weekends, families will be welcomed to join a relaxed Italianstyle brunch. fiume-restaurant.co.uk

FEELING FLUSH
Alain Ducasse at The Dorchester. Alain Ducasse is one of the world’s most decorated chefs. Known not only for his incomparable French cuisine, Alain has created innovative dining concepts reflecting international influences, and consequently has earned a reputation for phenomenal cuisine. A new collection of fine dining menus is introduced every season and the set lunch menu ‘The Lunch Hour’ changes every Wednesday. alainducasse-dorchester.com

ROOFTOP RETREAT
Coq d’ Argent. Situated above the hustle and bustle of the city, on Coq d’Argent’s skyscraper terraces, Lodge d’Argent is the perfect winter retreat. Running until the end of February, this year’s Arctic theme sees two cosy igloo tents installed on the heated ring terraces joining the familiar array of festive lighting, fur blankets and snowy decorations. A brand new cocktail list has been created and a winter-warmer menu by head chef Damien Rigollet focuses on hearty dishes, including venison meatballs with a red berries sauce. coqdargent.co.uk

TASTE OF TOKYO
7 Tales. 7 Tales is the basement cocktail bar of Jason Atherton’s Japanese izakaya-style restaurant, Sosharu, located on Turnmill Street. Reminiscent of the night-time atmosphere of Tokyo, the drinks menu is inspired by Japanese culture and philosophies. Tokyo’s subculture is reflected by walls plastered with a bespoke wallpaper depicting Japan’s golden age movements in the early sixties, and a playful neon sign. sosharulondon.com

YOUR WALLET’S BEST FRIEND
Number 90 Bar. Nestled in the heart of the East End within the flourishing cultural landscape of Hackney Wick, Number 90 is a stunning, spacious canal-side bar and restaurant. It offers great food made from locally-sourced produce, and an expansive drinks menu – including an innovative cocktail list and a strong range of craft beer. number90bar.co.uk 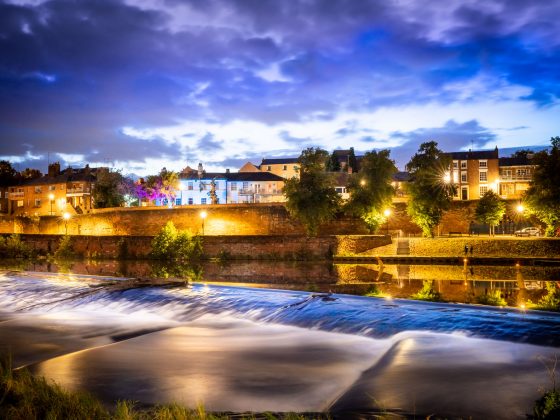