Retro and cool, this rhubarb and custard cake is full of nostalgic flavours.

hand-held mixer until light and fluffy. Crack the eggs in one at a time, mixing after each addition. If the mixture begins to curdle, just pop in a couple of tablespoons of the flour to bring it back together.

Turn the speed down low and add both your extracts, flour, ground almonds, baking powder, orange zest and milk.

Divide your mixture evenly between the cake tins and bake for 30 minutes, or until a skewer inserted into the middle comes out clean. Remove from the oven and allow to cool for 10–15 minutes in the tins before turning out on to a wire rack.

For the crème pat:

Place a saucepan over a medium heat and add the milk, vanilla and ginger. Bring to the boil then take off the heat. Meanwhile, whisk the sugar and egg yolks together in a large bowl. Sift your flour into the bowl and mix together.

Pour a little of the milk into the sugar mixture, constantly whisking, then whisk in the remaining hot milk, pouring it in a steady stream until it is well combined.

Pour the custard back into the saucepan and place over a gentle heat. Keep stirring until thick. Remove from the heat and pass the custard through a sieve. Place a sheet of clingfilm over the surface of the custard to prevent a skin from forming. Leave to cool then pop in the fridge.

Meanwhile, whip the cream in a large bowl until thick. Fold the cream into your chilled custard then add your stem ginger. Pop back in the fridge until you’re ready to use.

For the rhubarb filling:

Mix the cornflour and water together in a small bowl with a fork. Chop the rhubarb into medium-sized pieces and place in a large saucepan with the orange zest and juice, sugar, cornflour mixture and another tablespoon of water. Place over a medium heat and bring to the boil. Turn down the heat and simmer for 5–7 minutes, or until the rhubarb is cooked but not soggy – it needs to hold its shape. Remove from the heat and tip into a bowl to cool.

Measure your butter into a large bowl and beat with your free-standing or hand-held mixer until light and pale. Sift your icing sugar into a separate bowl, then add it to the butter in 3 stages, beating after each addition. Scrape down the sides of the bowl from time to time. Add your milk and vanilla to loosen the buttercream and then beat it again until it holds its shape.

Use a cake leveller or sharp knife to trim the top off all the cakes so they are level.

Spread a small amount of buttercream on a board that is slightly bigger than your sponges and place your first layer of sponge on top. Place that board on a turntable, if you have one.

Place half the buttercream in a piping bag with a roundtipped nozzle and pipe a circle around the edge of the first layer of sponge, leaving an 8cm circle in the middle. Fill that circle with half the stewed rhubarb.

Repeat this process with another layer of sponge, but fill the circle with the custard filling. Top with another sponge, pipe a buttercream circle and fill it with the rhubarb filling. Finally, top with the last sponge, making sure it is placed upside down on top.

To crumb and top coat:

Using a palette knife, cake scraper and a turntable, coat the sides and top of the cake with a thin layer of buttercream. Place in the fridge for at least an hour to set. Separate the remaining buttercream into two bowls. Colour one bowl with pink food colouring and the other with yellow food colouring. Place both buttercreams into individual piping bags with round-tipped nozzles.

Alternating the pink and yellow buttercream, pipe another layer around the sides and top of the cake. Smooth the surface with a palette knife – you should have a cool, flurry, sweet shop effect. Pipe alternate buttercream kisses around the top edge of your cake, and scatter over the crushed sweets, if you like. 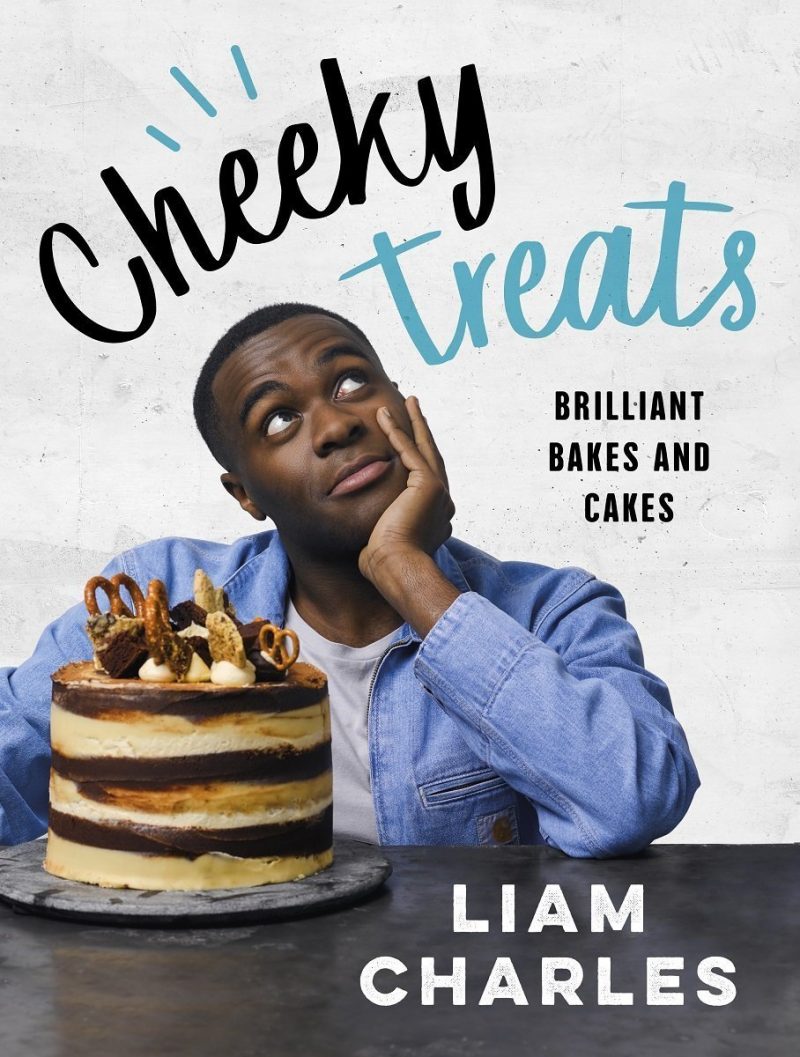 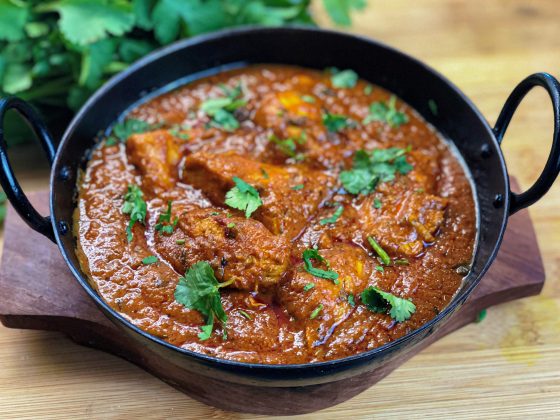