“I can hear that, lass,” John laughs as I introduce myself to him. He’s talking about my accent. It’s a good ice breaker as we’re both from South Shields, in the North East of England. “You never lose that lilt,” he says in his dulcet South Tyneside tones, which are still recognisable even though he’s lived and worked in London for more than 40 years. So how did a South Shields-born lad end up working as the executive head chef at The Ritz?

His love of cooking was evident quite early on in his childhood. “I come from a fairly large family, there were six of us, and my dad went to sea and my mum chose me as the little helper in the kitchen. “The first job I ever did was scraping Jersey Royals and making some mint sauce. I distinctly remember that,” says John fondly.

He’d collect cookery cards by Schwartz Spices and reminisces about watching the television show, The Galloping Gourmet, where English cooking personality Graham Kerr would travel the world to see the best chefs cook their speciality dishes, then try to replicate the dish in his television studio in front of a live audience.

John’s favourite part of the show was when he got an audience member up (usually female) to come and sit with him at the table with a glass of wine and taste the dish. “His expression in that moment was of utter joy as he looked at the ladies, drank the wine and ate the food. I used to look at that and think, ‘that’s what I want to do.’.” 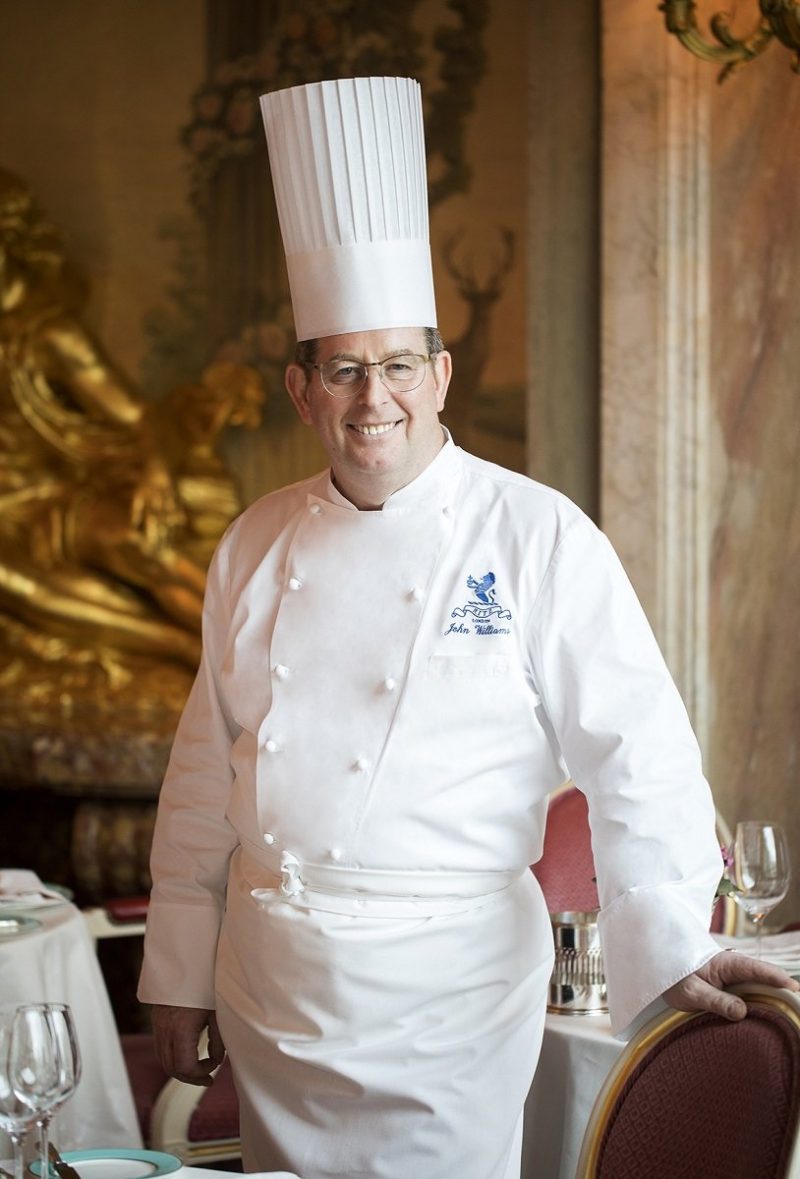 Fuelled with determination, John attended South Shields Marine and Technical College to pursue his dream. “I was already convinced that I wanted to cook and the careers teacher said there was a new option available where you would be taught by chefs rather than a lady cook, who taught domestic science.

“It was a full day per week. I met a professional chef called Arthur Robertson and the first dish I ever made for him was spaghetti bolognese – which you’ve got to remember was quite exotic back then.

His first full-time job was in The Percy Arms Hotel in Otterburn, as an apprentice. “My very first job was plucking grouse, and, coming from South Shields, believe me I hadn’t seen any grouse before in my life. And the smell, oh my God, it knocked me out because you had to gut them as well.

“Interestingly enough, I’m now the first person to grab the grouse – and I want that smell. It’s such an exceptional smell in every sense of the word, not just the gut but just the smell of grouse when they’ve been plucked.” 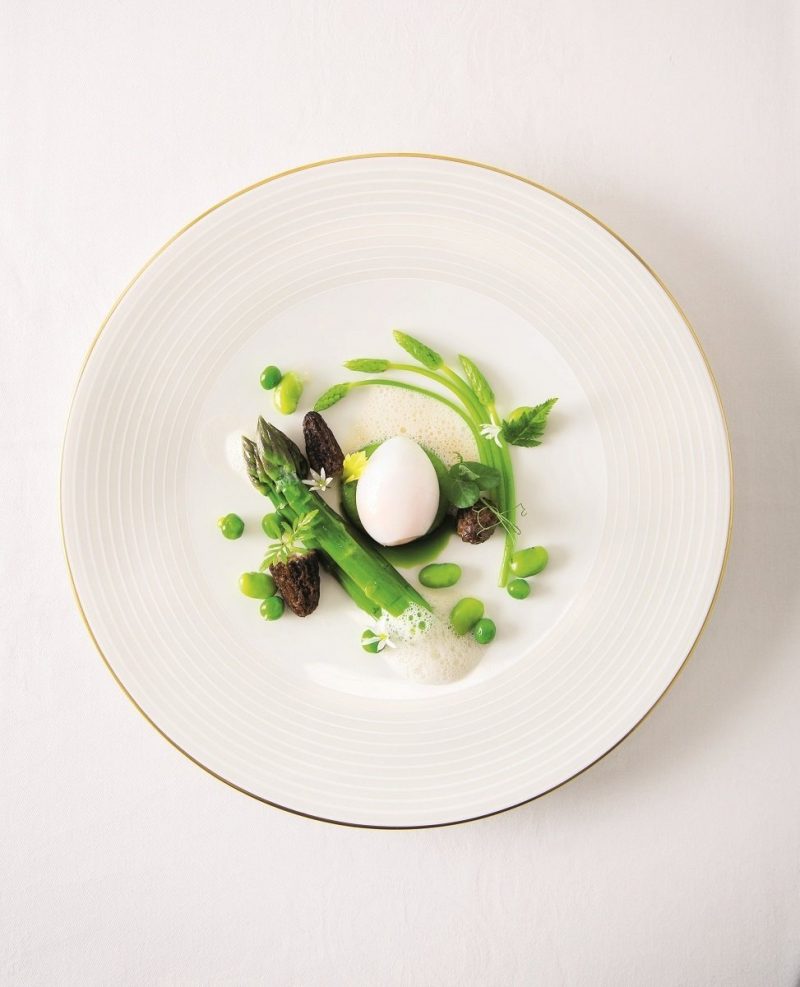 While working at The Percy Arms, he got a glimpse of what fine dining food could look like. “The general manager’s wife enlightened me. She was a French lady and she was bringing things like goose liver and foie gras, and different spices and ingredients into the kitchen that I had not really seen or understood. She told me, ‘You’ve got to go to the very best places.’.

“The one thing I had in my head was that I wanted to cook very expensive food, the highest quality and luxury of that time. In my little head I said, ‘I need to go to where the real money is’, which was London. I saw an advert in The Caterer for the Royal Garden Hotel, and off I went.”

John worked there for a year but felt so homesick he decided to come back to the North East. “I realised I had made a really big mistake and that I should be back in London.

“My mother said, ‘telephone your job’, so I telephoned the Royal Garden head chef Rémy Fougère and he told me he’d see me on Monday! I stayed with him for seven years.

“He looked after me; he was like a dad to me to be perfectly honest. There was obviously something in me that he recognised because he nurtured me for seven years – and every time I wanted to leave he would give me a rise. 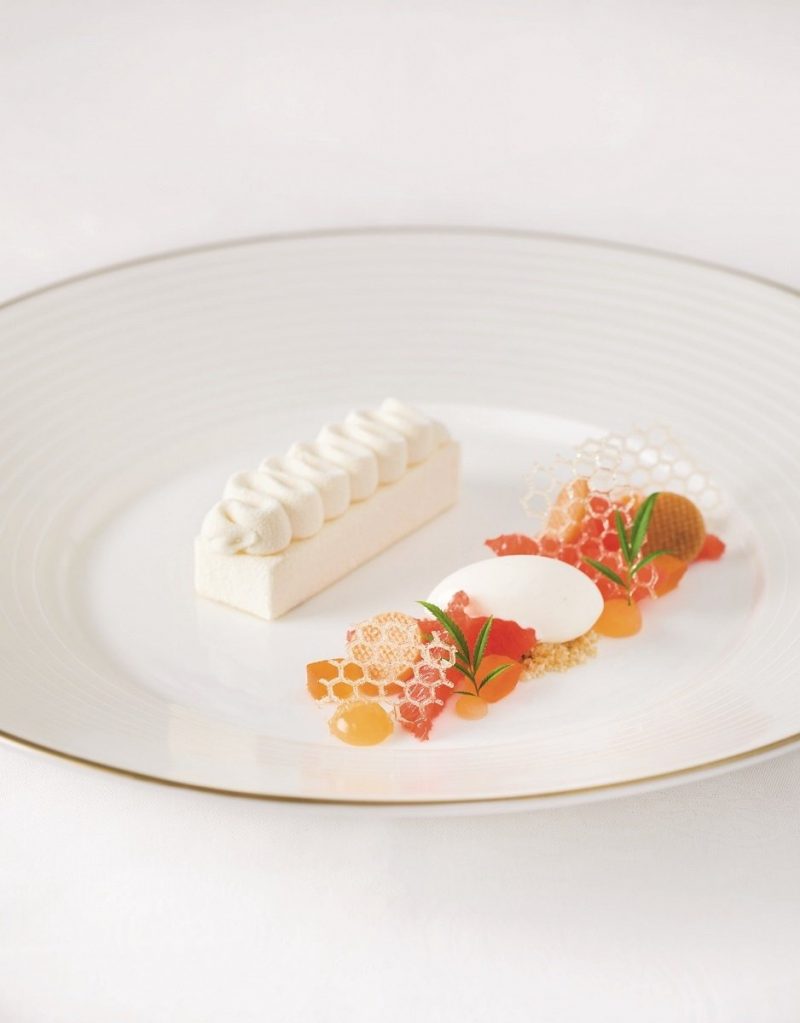 For two years he put his heart and soul into Rémy’s restaurant, but he knew his passion was working in big hotels – so off he went to Claridge’s. “After one week I knew it was what I wanted to do for the rest of my life: cooking for very important people who had a lot of money. I could cook with the very finest produce and really go to town,” says John.

He joined the team as a premier sous chef, and over the course of nine years made his way up the ranks. He left to join The Berkeley Hotel as head chef, where he stayed for 18 months before going back to Claridge’s as head chef for a further nine years.

“Then 14 years ago I decided that it was time for a change and came to The Ritz. I’ve been here ever since,” says John, who reminisces about the first time he ever laid eyes on The Ritz.

It was the early 1980s and John had come out of Green Park tube station and was walking past The Ritz. He saw a presentation case inside one of the windows which was advertising a dinner with the crockery on display, but it was no ordinary crockery – it had been found by divers in a famous sunken shipwreck called The Geldermalsen. It had sunk in the South China Sea in 1752 and had just been discovered. For an extra £20, guests could eat off these antique treasures.

“£20 in those days was one hell of a lot of money,” says John. “It was my week’s wage and then some. I thought, ‘Bloody hell, that must be amazing’ and of course the name ‘Ritz’ had already rung a bell (to my name). ‘Wow’ I thought. ‘One day I’m just going to have to work there.’.” 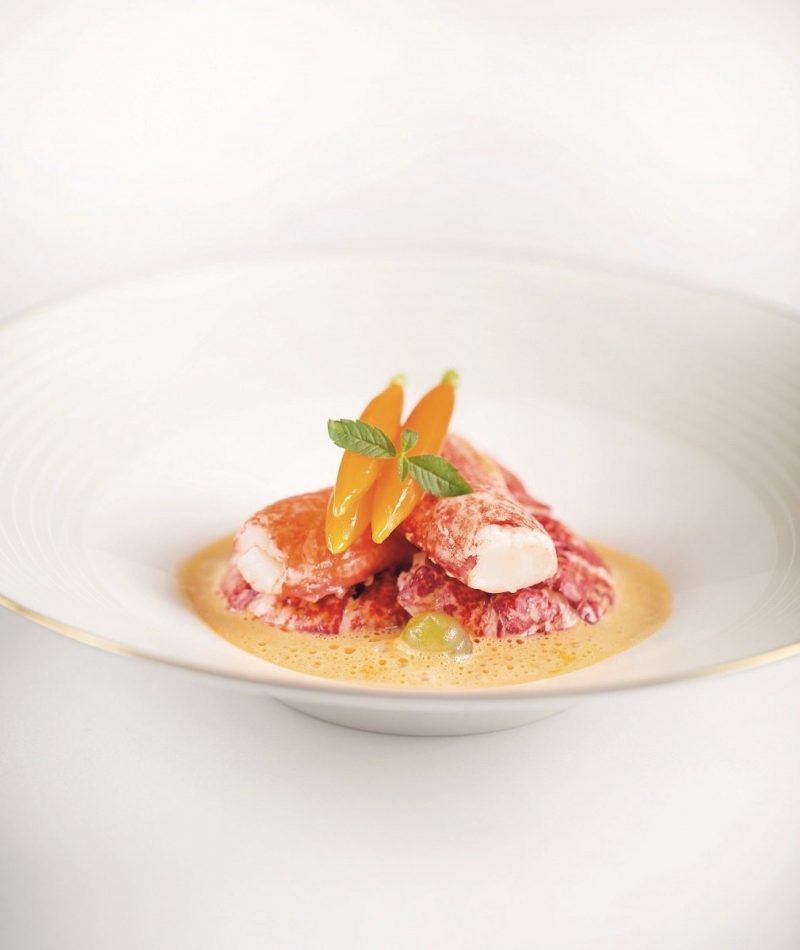 Last year, The Ritz gained a coveted Michelin star. “It was one of the proudest moments of my life,” says John. “It’s very, very important. We spend a lot of time in kitchens. We work very hard. Although I always knew the quality of the food was of an excellent nature, you need consistency all the way through for Michelin to give you stars.”

It was the first time the awards were streamed live. In the kitchen at The Ritz, the only place they could get the streaming to work was in the dry store, so the staff gathered in there to hear the announcement, while John and a few of the chefs were at the event to collect the award.

“When it was announced they were jumping up and down and screaming, and they filmed it and played it back to me. I was sobbing and my German executive sous chef was actually running around just  shouting, ‘The. Best. Monday. Ever!’.”

Now, one year later, John has written ‘The Ritz London: The Cookbook.’ “A lot of people think they know what’s cooked at The Ritz. Let me tell you – they don’t. The reaction I get so many times is, ‘We expected a certain style but this is absolutely superb and different and it wasn’t what we expected’.

“With the food at The Ritz, we evolve it and really bring it to the point where it is relevant. Relevance is so important to me. What we serve here are classic kinds of combinations and dishes that you would actually recognise; it’s just the style with which we finish them, which is lighter and much more in tune with the modern day diet. That is a very important factor.” 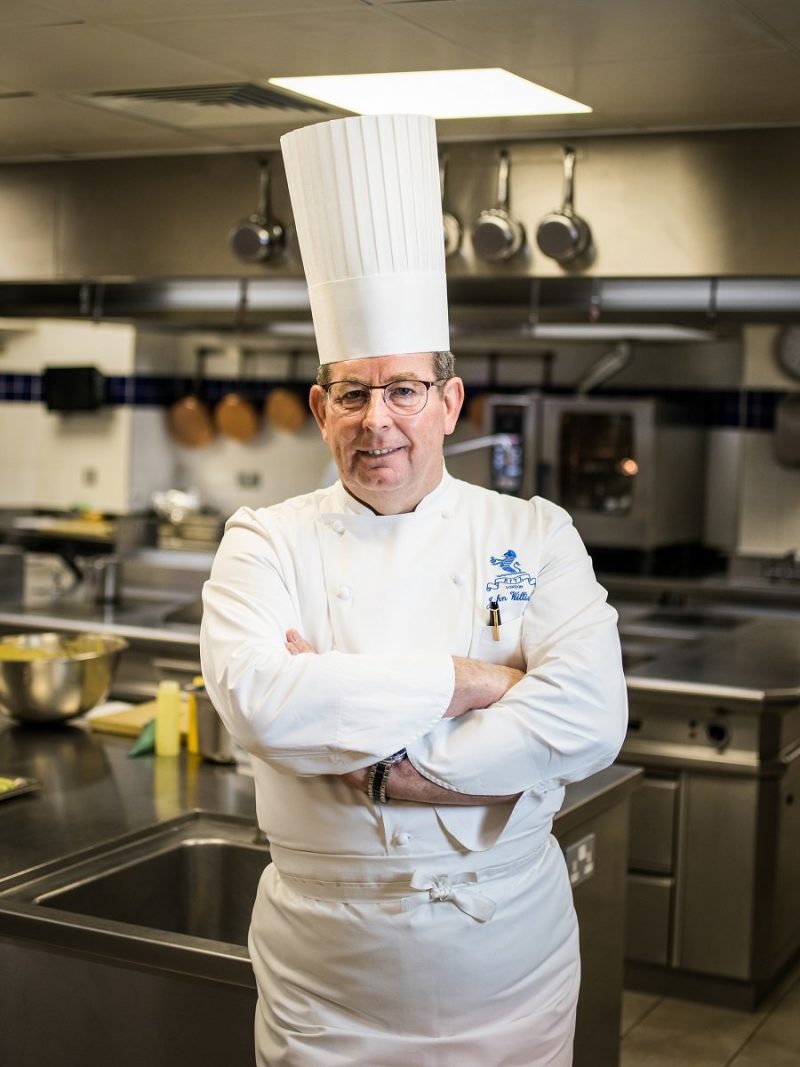 John has over 800 recipes stored on his computer, so narrowing them down took some time, but the end result is a selection that showcases the seasons and “shows off exactly what we do. Every one of the dishes has been on the menu in the past three to four years at some point.”

His signature dishes include the Langoustine à la nage, which reminds him of his fisherman father who would bring home prawn claws and say to a young John, “crack those with your teeth and suck the meat out”, a woodcock dish and lobster with lemon verbena. “If I was dying, I’d have the langoustine and the woodcock as my final meal,” says John.

One of his favourite desserts is the chocolate dish with hazelnut semifreddo, but he declares, “the best souffle in the world is Soufflé Grand Marnier and you must never eat it with ice cream.” Instead, whipped vanilla cream. “It’s the most amazing thing – it’s orgasmic in the mouth.”

Although he is surrounded by the ultimate in fine dining cuisine, he still loves good fish and chips, steak and kidney pudding or a curry – and has a roast dinner every weekend. “They’re my real comfort foods, they have a cycle and they will be there all the time, and until the day I die, that will never change. I can taste all the other stuff here at The Ritz. I’m never going to have withdrawal symptoms. It would be pointless for me to say caviar is a comfort food.”

All images by John Carey.