World-class patissier and chocolatier William Curley trained under some of the most famous chefs in the industry, has been crowned Britain’s Best Chocolatier four times and has released three cookbooks.

He left school at the age of 15 and admits he had no real idea of where he was going or what he wanted to do. Both William Curley’s father and grandfather had been dockers, but the routes that would have allowed him to follow them into that industry no longer existed by the time his schooling had come to an end – so he decided to attend college.

“There I had the choice of doing metalwork or woodwork, but I chose cooking – and to be honest, it was because the class was full of girls,” laughs William, who grew up in Fife.

“When I was 15, no one had heard of a patissier or chocolatier and I had no idea what those words even meant. I thought that you went to college to become a chef and that was it.”

His career started with an apprenticeship at Gleneagles and William says: “It all clicked into place. Fortune favoured me a little bit and I took a route that I really enjoy. Like anybody, if you do something you enjoy, you put more
energy into it.” 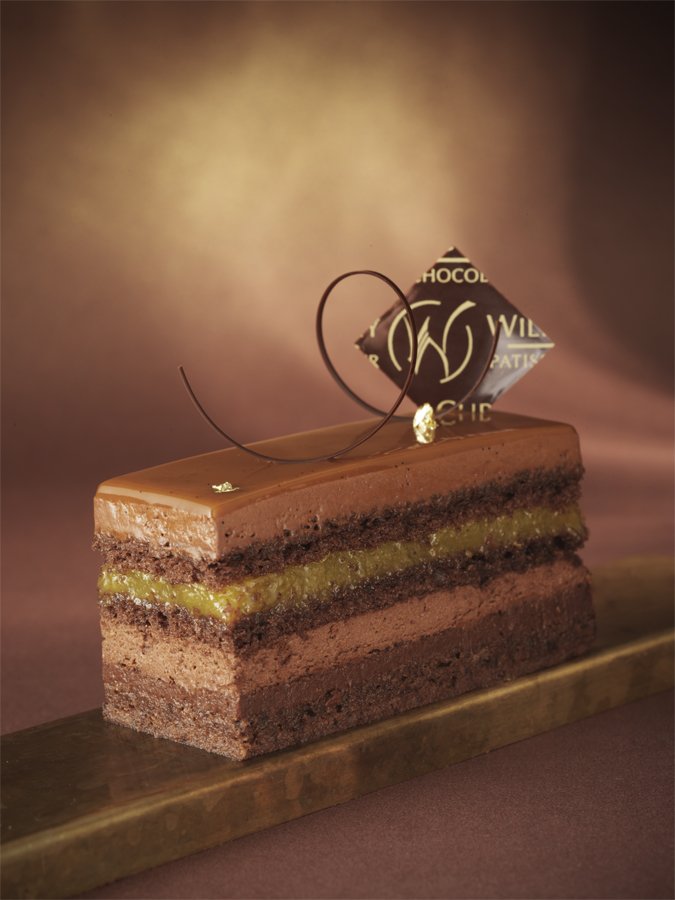 “I got one response, and it started off with ‘no’,” says William, but that didn’t stop his determination. “I wrote to three Michelin-starred restaurants in Belgium and bizarrely I ended up getting a job just outside of Brussels at La Maison de Bouche – the chef was Pierre Romeyer. I worked a season there and it was just mind-blowing. I had never seen anything like it in my life. That was when the Michelin bug kicked in.”

He spent the next seven years in London training under some of the most recognisable names in Michelin-star kitchens, including Pierre Koffmann’s La Tante Claire, Raymond Blanc’s Le Manoir Aux Quat’Saisons and Marco Pierre White’s The Oak Room.

“I look back on it and working at La Tante Claire was my real grounding. I evolved, as a young boy, from there. It gave me a lot of focus. I think, at that point, although I had been doing it for a few years, that’s when I really realised that this was my profession. That I was going to do this for the rest of my days.”

He became the youngest chef patissier ever when he joined The Savoy at just 27. “It was a different dimension,” says William, who was under the tutelage of Anton Edelmann and leading a team of 21 pastry chefs. “I probably struggled early on, because of inexperience. To get everyone going in the same direction in the kitchen is a real challenge

“I decided after a few years at The Savoy that I would take the plunge and do my own thing. My passion was always to open a pastry shop or a chocolate shop. I spent a lot of money when I was younger getting night buses to Paris to look at places for inspiration. So my dream was always to do that. I guess it was inevitable that I would take a bit of a risk and do my own thing.”

He launched his own business in 2004 and since then has accumulated an impressive collection of accolades. He was awarded the gold medal at The Culinary Olympics, became a member of Relais Dessert International – the most prestigious association for patissier chocolatiers – and attained a Master of Culinary Arts from the Royal Academy of Culinary Arts.

He’s also been four times winner of Britain’s Best Chocolatier from The Academy of Chocolate. William’s brand of chocolate, cakes, patisserie and confectionery are available from his online boutique and Harrods Food Hall in London, with a new location hopefully opening by the end of the year.

In his range, you’ll find signature chocolates with classic British flavours, such as the prize-winning thyme and Scottish heather honey, rosemary and olive oil, and juniper and blackcurrant.

More contemporary and unusual flavours include apricot and wasabi, tarragon and mustard, and Japanese black vinegar. There’s a Nostalgia range which gives a new take on timeless classics and childhood favourites such as Jaffa Cakes, Bounty bars, Cartwheels and millionaire’s shortbread. William works exclusively with Amedei chocolate, a small, family-owned company in Tuscany.

“To me, they produce the best chocolate in the world. I’ve been working with them for 10 years. They make some exceptional and different blends, with beans from Peru, Venezuela, the Caribbean, Ecuador, Colombia; the best places in the world to get cacao.

“I love what I do. I don’t want to have a £10- £15 million pound business. I like to grow my brand in an organic way.” Next for William is his appearance at Signature at The Chester Hotel in Aberdeen – Scotland’s 12-day fine dining festival in November. Here, he will be serving a sold-out afternoon tea made up of his signature chocolates and patisserie which guests can enjoy while listening to live music from soul diva, Beverley Knight.

“A good afternoon tea really needs to have different combinations: choux, tarts, chocolate, something fruity. You must present a range of textures and flavour combinations, something sharp and something rich. But most of all, it’s got to look great.”

Signature is Scotland’s only fine dining festival and returns to The Chester Hotel in Aberdeen from November 4-16, with dining experience events by the nation’s top chefs. To find out more about Signature, visit signaturefoodfestival.co.uk