He’d visited London three times in his life but now Swiss-born Stefan Trepp is executive chef of The Dorchester. Georga Spottiswood finds out why he took the role at one of the UK’s most exclusive hotels.

“It has not easy been easy to adapt – it’s a culture shock. Coming back to Europe wasn’t an easy step either,” admits 40-year-old Stefan Trepp, who has spent the last 18 years in Asia.

“It was The Dorchester that made me come back. Six months ago, if you had of asked me if I’d come back to Europe, I would have said no,” says the Swiss-born chef who’s now at the helm of the renowned luxury hotel. 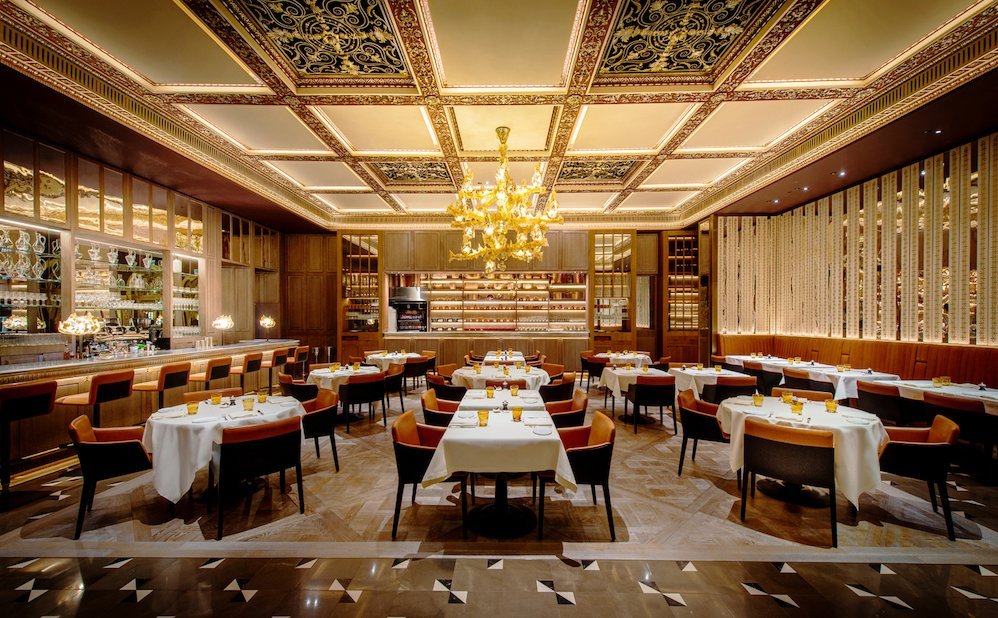 “As a little boy, I made a list of all the hotels I would like to work for: Mandarin Oriental, The Dorchester London – and after being headhunted for the role, I decided to take it.”

It wasn’t an easy decision for Stefan, who’s moved to the city with his wife Pearl, who he met in Bangkok and their 16-month- old baby, Chloe.

Born and raised near St Moritz, Stefan left Switzerland in 2002 after joining the team at The Burj Dubai, where he carved out his craft for three and a half years.

His illustrious career, having spent the last 18 years in Asia, has seen him work at five-star resorts and hotels, including Mandarin Oriental Manila, in the Philippines; The Banyan Tree Phuket, in Thailand and Abu Dhabi’s Emirates Palace.

It was at The Siam, in Bangkok, where he fell in love – with his wife and the food culture.

“The people are different, the culture is different – it’s much friendlier, warmer, more honest. Many people don’t have much, but they’re happy. The food, the food culture, the vibe in the city, the street food – I just fell in love.”

Although Stefan was taught the classic way, he’s been inspired by Asian cuisine.

“Asians throw everything into one wok: kaffir lime, lemongrass, fish sauce, shrimp paste and chilli are in every dish, yet every dish tastes very different. Everything is so fresh.

“I have travelled the world, and nothing beats the flavours and simplicity of Asian food.”

At The Dorchester, he plans to sprinkle his knowledge and expertise over the menus.

“I understand the history of The Dorchester and I’m not coming here to change that but challenge it a little.

“On the Chef’s Table Menu, we’ve introduced a lobster curry with ice cream, coconut and coriander.

“Fish is usually cooked skin side down in a pan, but I learnt this technique which I’m showing the team, where we keep the fish raw on a rack and pour hot oil on it until the skin is crispy. The chefs all looked at me like I was crazy, but we look at different ways we can work with ingredients.”

Although Stefan says he’s still a “chef at heart” and “loves being in the kitchen” his role as executive chefs means he’s in charge of making all the cogs turn.

“There’s more organising, managing and it’s a balancing act – with long days from 9am to 9pm overseeing morning, lunch and controlling the pass to ensure quality.

“When I was a young boy, I always wanted to be a conductor or chef, I don’t play an instrument but I do get to conduct people in my role.”

Of all the places he’s travelled, Bhutan – a Buddhist kingdom on the Himalayas’ eastern edge in South Asia – is his favourite.

“It’s so far behind, about 20 years. There are no traffic lights, people hardly have internet. It’s so remote and so old fashioned.”

But when it comes to food, his palate places Thai cuisine at the forefront.

“Thai culture is all about food and the simplicity of dishes. There’s one person that stands on the street selling his noodle soup. In order to make a profit from one dish, it must be really good – and when people are queuing for it, you know it’s the best in town. That fascinates me.

“I have been surprised by the food scene in London, it’s very diverse. At Borough Market there is one gent who sells grilled green asparagus with clarified butter. Five years ago people would have laughed, but the queue was so long. The trend is back to simple, honest food.”

And he plans to offer honest food at The Dorchester, too. “I cook what guests want to eat not what my ego wants to cook.”