Barney Wilczak is founder of Capreolus Distillery – producers of eaux de vie. We chat to him about the rise of this overlooked spirit and why it’s so hard to produce.

I don’t think we’re going to have a lot of competition because what we’re doing is a ridiculous pursuit,” admits Barney Wilczak, founder of Capreolus Distillery tucked away in the heart of the Cotswolds.

What he’s talking about is his eaux de vie production, and after he describes the process behind it, we wonder why he would want to do it too.

“The reason people don’t produce eaux de vie is because it’s terribly low yield. So, we use anywhere from up to 45kg of fruit to make a litre. Which is bonkers commercially – it’s a ridiculous thing to do with your time.

“You can’t choose when you get the fruit as you need to get it on the day of ripeness, so we work with really small farmers who can give us that attention to detail, but you’re looking at a logistically very hard thing to do.

“We hand grade and hand clean every piece of fruit, so we’re working our fingers through the tray of raspberries, picking out every single bad raspberry, every single stem of grass, a leaf, anything that is not absolute perfection.” 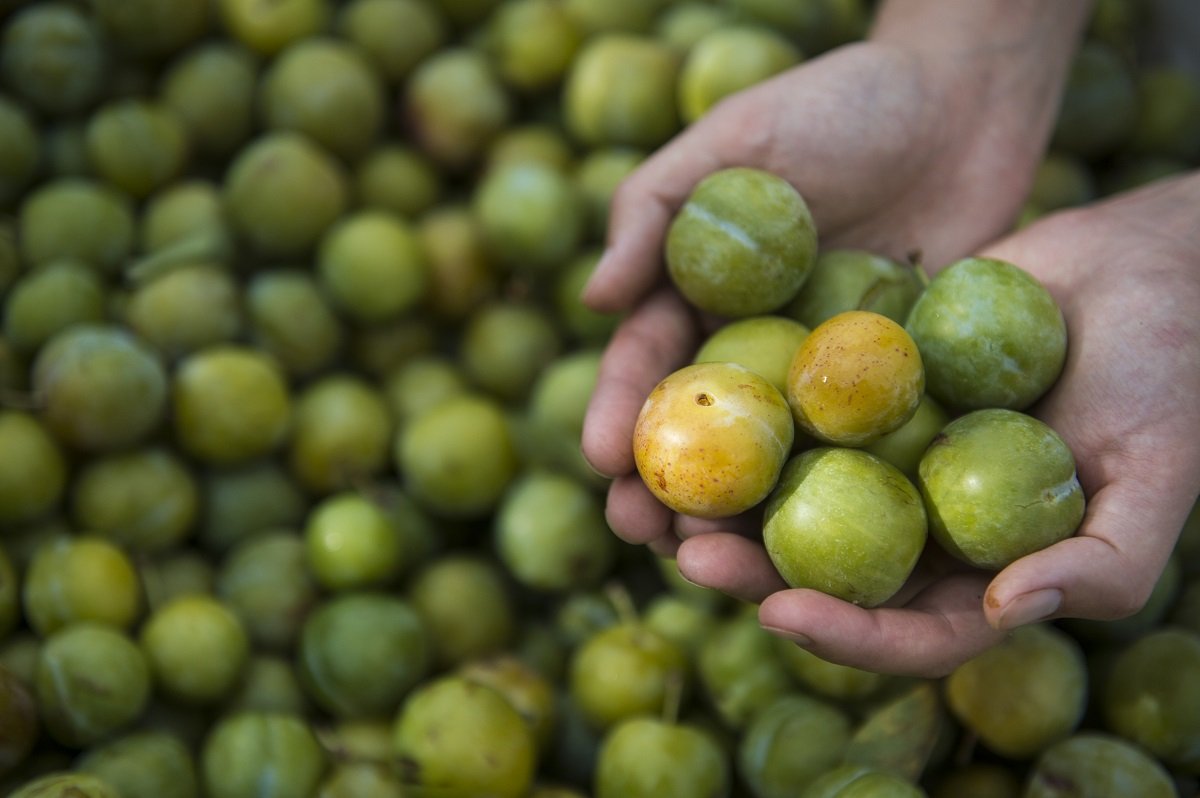 So, why does he even make eaux de vie? “For me, I love doing it as it’s a very finite thing. We only get one chance every year. I’m 34 now, how many times can I realistically do this for the rest of my life? If I’m lucky, thirty. Thirty seasons of doing something well.

“It’s a good lifetime pursuit. It’s not like gin or whisky where we can keep producing whenever we want. It’s very much a lifestyle thing or a passion thing, and it’s amazing if you can do something you’re passionate about and make a living out of it. We’ve been very lucky.”

Before setting up Capreolus Distillery, Barney was an award-winning photo journalist. “I specialised in conservation stories which is an amazing way to have great experiences but is a terrible way to make a living,” he says. “I was incredibly lucky to travel around the world and work with some incredibly talented scientists. I worked with a lot of botanists in particular. It’s an amazing way to immerse yourself in that world. I was very fortunate to do that.

“But about four or five years ago, I decided I would like to buy a house one day. I had been in China for about five years and when I came back I realised that I had missed all of the amazing wild spring flowers that we get around here – and I’d missed the start of growing season and starting our veg patch off.

“I thought, ‘I want to spend more time with my partner Hannah and I want to have a dog – and have all of these things and watch the garden grow’.”

It was then Barney had an idea. “All that time I had been doing the photography, I had also become obsessed with producing eaux de vie, which goes by many different names. They’re essentially fruit brandies: grappa, schnapps, eaux de vie, pálinka, and of course, regional names such as Calvados and Cognac.” 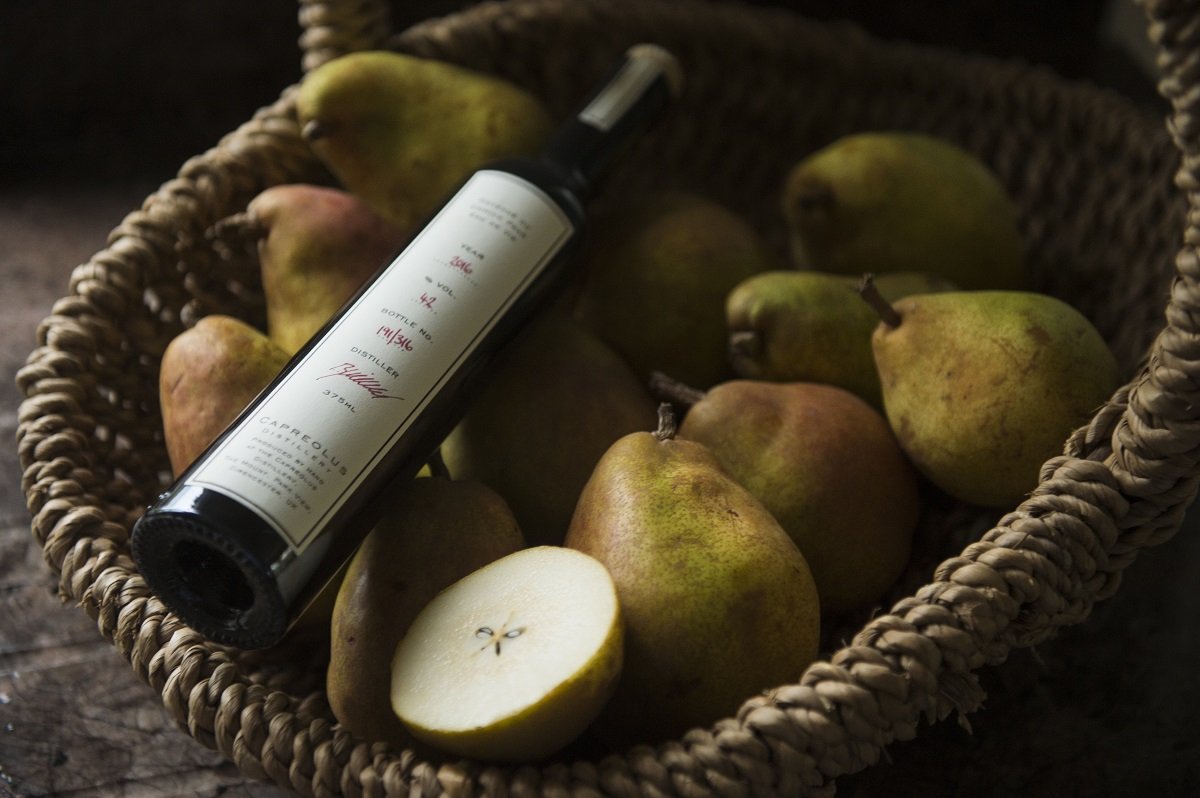 Because his job had a high level of focus on the natural world, biology and botany, Barney already had a deep interest in working with natural biological processes, which led to years of pursuing perfection in fruit distillates. “I had started playing about with it,” he says. “I used to make things like ciders to quite a high level, for me it was a natural progression to start playing about with those kinds of things.”

To make eaux de vie, ripe fruit is fermented, distilled, and quickly bottled to preserve the freshness and aroma of the fruit. The flavour and colour of the eaux de vie is typically very light.

“No one really produces eaux de vie to a high level in the English-speaking world. So, being an avid researcher, I thought – how do I teach myself how to do this?

“I started looking at fruit distilling in other countries: Austria, Germany, Italy, France, Eastern Europe – and for my own amusement, I spent around six to seven years translating text books and training myself on how to do it.”

Barney’s father kindly offered the lean-to greenhouse from his house as a site for a distillery – and it was converted to house a very special custom still.

Originally Barney was looking at doing a pure fruit distillery but thought there was no market for it in the UK – so made a gin, which went on to win the prestigious Whisky Exchange Spirit of the Year award in 2017. All the while, he was perfecting his eaux de vie range. 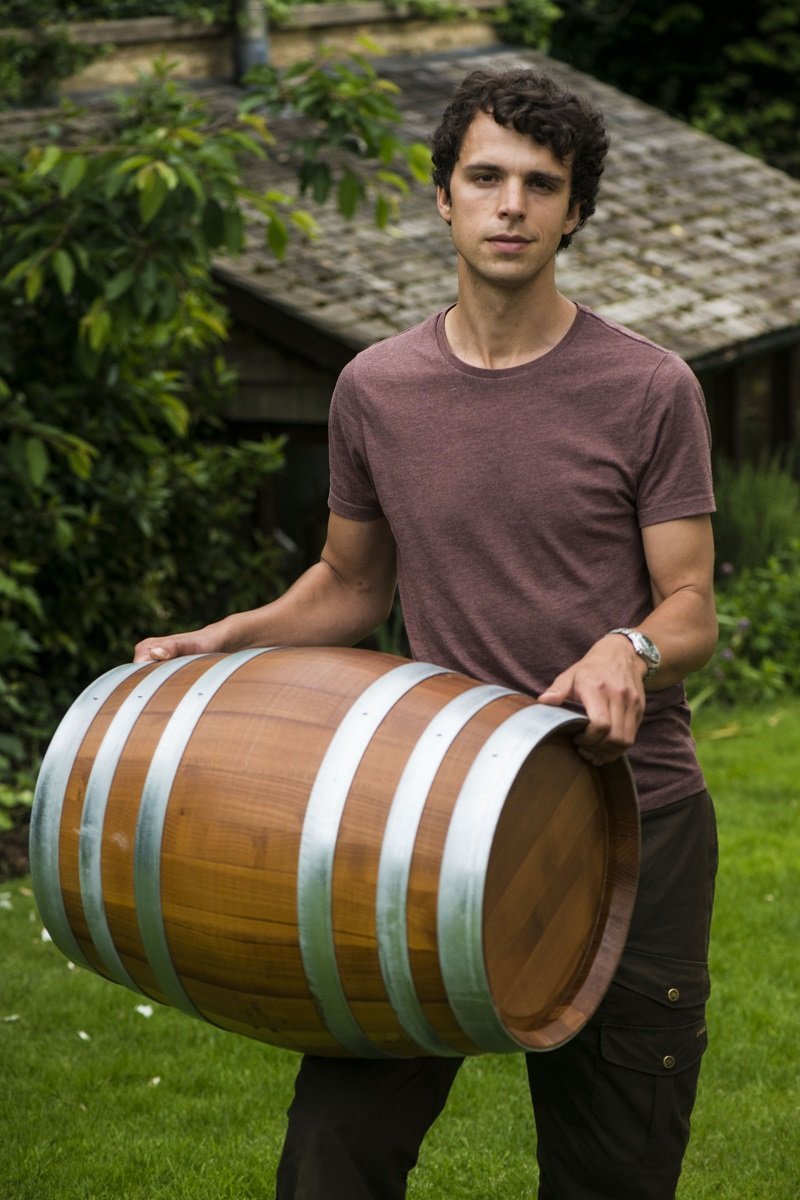 “In our first year we produced 550 bottles of eaux de vie,” says Barney. “This year we will produce over four and a half thousand bottles. The reaction to what we’re doing is absolutely incredible.” This Spring, the distillery will release about 12 varieties, with flavours such as raspberry, blackcurrant, blackberry, quince, dessert pears and cider apple (which has been barrel-aged in chestnut wood barrels).

“Most of these have never been produced in the UK before,” Barney explains. He compares making eaux de vie to a little like wine making. “We are very focused on producing vintages, so they are expressions of that moment.

“The whole purpose for me is to capture this moment of absolute ripeness, and that’s very transportive.”

Although not as popular as wine and gin, the prominence of eaux de vie is rising in the UK – and Barney’s production is gaining a good response from those in the industry. “We’re very lucky to work with very good sommeliers and a lot of our products are in Michelin-starred restaurants, because quite often those sommeliers are from fruit-producing countries like Germany, Austria, France, and eastern Europe.” Eaux de vie is often served with desserts or after a meal as a digestif.

“Ideally you want a tulip-shaped glass (typically we use grappa glasses) or a small wine glass works perfectly as well. Serve at room temperature, because chilling spirits suppresses flavour and aroma. What we’re producing is so soft it’s almost not alcoholic.

“It’s nice instead of having a sickly pudding wine,” adds Barney. “I went to a restaurant with Hannah which had a wine flight and featured our plum eaux de vie at the end with a baked peach dessert. That enhancement of having stone fruits with a stone fruit eaux de vie was quite incredible.”