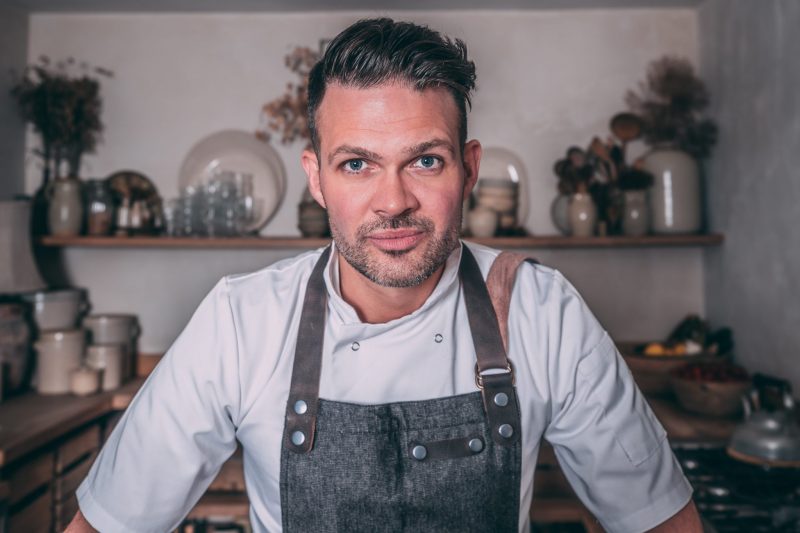 KENNY TUTT, MASTERCHEF 2018 CHAMPION
Who influenced your cooking and the type of things you like to make?
I’ve had many influences over the years. Originally it was my mum who gave me a real love and understanding of food. She would always take the time to show me how to do the basics like preparing vegetables, cooking joints of meat and making sauces. There was always something going on in our kitchen. I’ve always had a real respect and interest in chefs and the art of cooking and would love watching the some of the great characters like Keith Floyd, Marco Pierre White and Anthony Bourdain.

Can you name one ingredient you love cooking with, and one that you hate?
I love to cook with beautiful fresh fish. It’s the way you can take a fish out of the water and have it on the plate in a few minutes with some gentle cooking. It’s really difficult to pick an ingredient that I hate as they generally have a place somewhere. If I had to choose it would be Whelks. I draw the line at a Whelk.

What chef would you love to sit down and have a chat with?
There are so many to choose but it would have to be the late Anthony Bourdain. He lived an amazing life and his outlook was really down to earth and real. I didn’t matter what the food looked like or where he was eating it, if it was delicious then he was happy.

What would be your perfect three-course meal?
To start, simple fresh shell fish like langoustines, crab and oysters. For main, Pierre Koffmans’ Pigs’ Trotter and my dessert of lemon curd and buttered toast ice cream.

What is your most used cook book?
The Flavour Thesaurus by Nikki Segment is a great book. It’s really practical and helps with some really interesting flavour combinations. 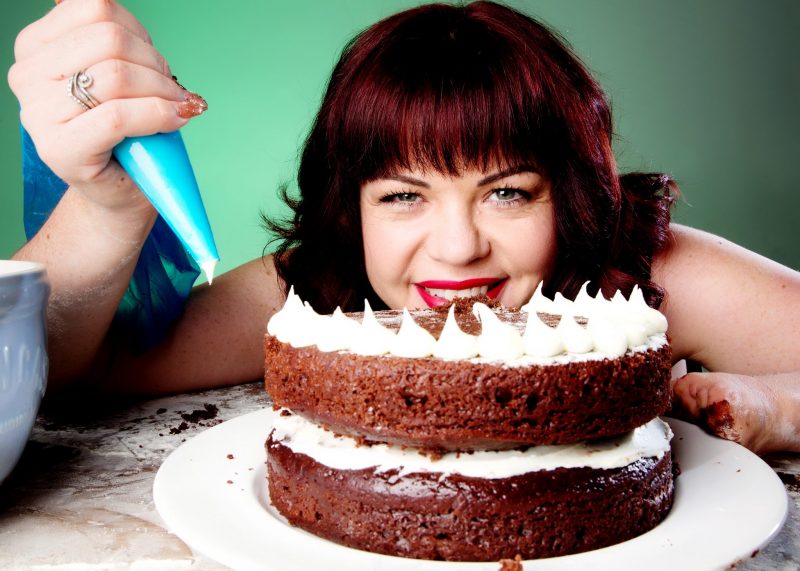 BRIONY MAY WILLIAMS, GREAT BRITISH BAKE OFF SEMI-FINALIST
Where did your love of baking come from?
My nan was a home economics teacher before she retired so I’ve always been around baking. I only started baking properly six years ago though when I was off work sick for months and a colleague suggested I try baking to occupy me and it really helped me – it was like therapy. I learnt all the different techniques from YouTube videos and just kept practising.

What is your ultimate comfort food?
Chocolate. I love hollow chocolate like Easter eggs. I could eat those all day every day.

What’s your baking nemesis – the thing you always dread?
I am awful at making macarons. I’m going to do a course in them because I really want to be able to do then properly.

If you could bake a cake for anyone who would it be and what flavour cake?
I would love to bake a cake for Justin Timberlake because I’ve loved him since his NSYNC days, and I’ve been to see him in concert three times. He comes from Tennessee, so I’d probably make him a whiskey-based cake.

If you were having a dinner party and could invite anyone you like, who would attend?
Little Mix because I think they are awesome, Michael McIntyre because he’s my unofficial twin and Noel Fielding because he’s just amazing! 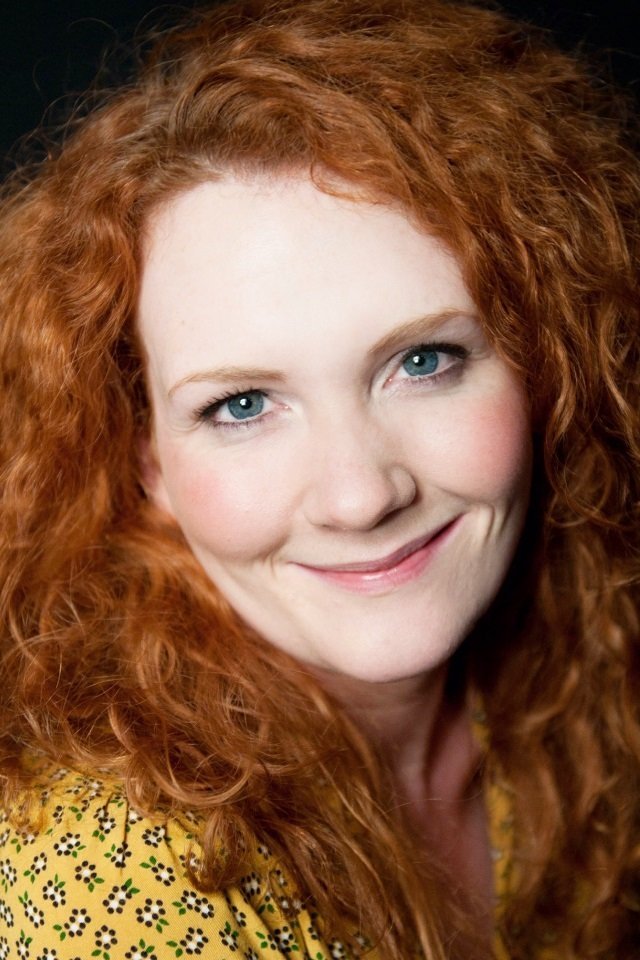 JENNIE MCALPINE, CORONATION STREET ACTRESS AND RESTAURATEUR. SHE OWNS ANNIE’S IN MANCHESTER
Are there any cooking gadgets you can’t live without?
I’m not big on gadgets. My scales broke recently, but I think I’ve been baking better since I’ve been guessing at the measurements!

How did you get started cooking?
Obviously having a restaurant, I’m really interested in food, where it comes from and how we can cook it to make it tasty. I love to get involved in the menus for my restaurant Annie’s. Our menu is full of British classics.

What’s the most unusual thing you’ve eaten?
Well I went to the jungle! When I appeared on I’m a Celebrity Get Me Out of Here, I ate some unusual bush tucker every night. Crocodile feet is a memorable one. And I had to hold some funny things in my mouth. Cockroaches, beetles, and parts of a buffalo I’d rather forget. Nothing we’ll be putting on the restaurant menu at Annie’s any time soon! 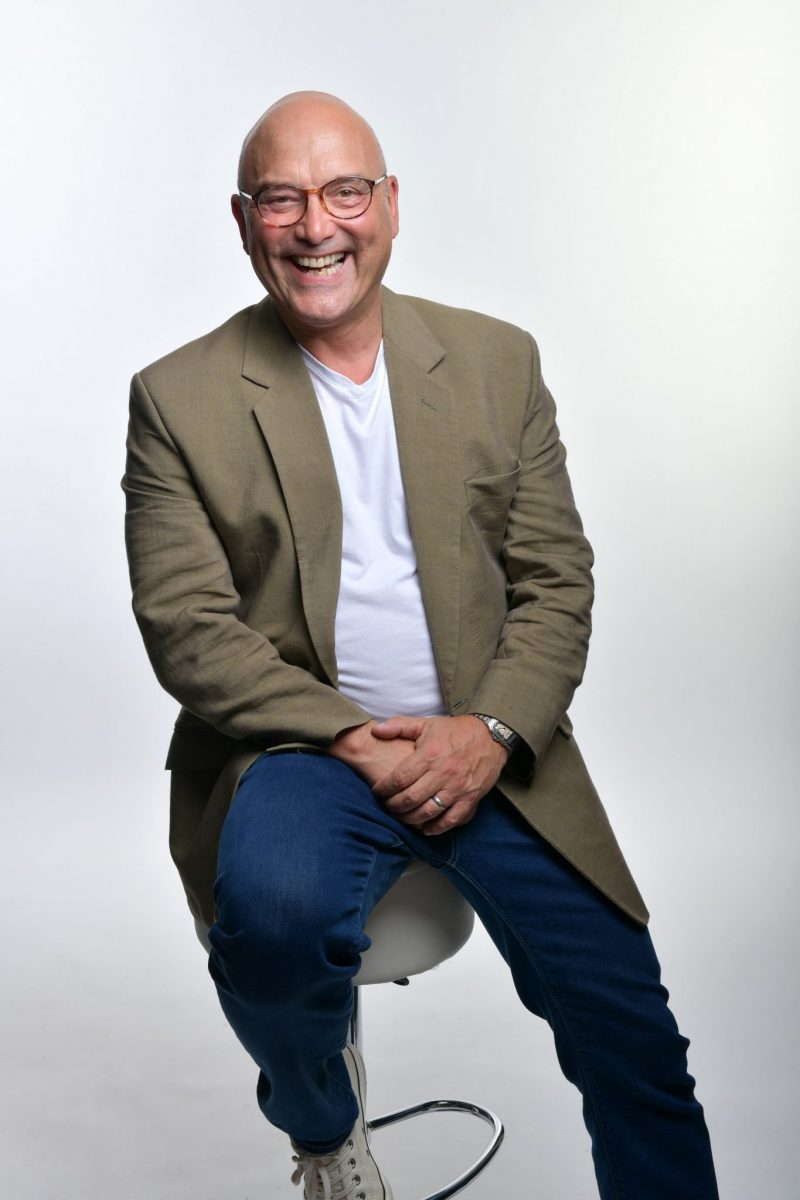 GREGG WALLACE, BBC MASTERCHEF HOST AND JUDGE
How did you get into cooking?
Well I was a greengrocer for many years, and I was supplying hotels and restaurants in London, so many of the capital’s top chefs became my friends. I started eating out regularly and then developed an interest in cooking myself.

Are there any cooking gadgets you can’t live without?
I can’t actually live without my electric knife sharpener. I’ve tried really hard, but I just can’t use a steel properly. Even though John Torode has shown me many times.

Can you name one ingredient you love cooking with, and one that you hate?
I love cooking with potatoes, they are probably the most versatile product on the globe. Where would we be without mash, chips, roasties, waffles or even gnocchi? I really don’t like coriander and of course it appears in so many Asian dishes. To me it always tastes like the smell of cat pee.

What’s the most unusual thing you’ve eaten?
I once got served a whole roasted sheep’s head in Greece. It had teeth and eyes still attached, the meat was nice, but my dinner stared at me all night.